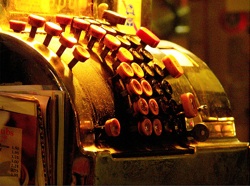 PayPal has been talking about opening up its payment technology to third-party developers for a few weeks now (ever since TechCrunch broke the news by publishing a leaked internal document), but today it offered more details at a developer event in San Jose, Calif.

The big vision for the platform, as articulated by PayPal spokespeople, is to provide the “electricity” for e-commerce, by becoming the underlying technology for payments on the web. Of course, PayPal already powers many online payments (and continues to grow while other parts of parent company eBay struggle), but by opening up application programming interfaces (APIs), it becomes more than just a way to accept payments on your site. Instead, developers can build cool payment applications of their own. (Amazon is trying to do something similar with Amazon Flexible Payment Services.)

The new features include the ability to create peer-to-peer payment applications, to split a payment into several smaller payments, and to only authorize a payment after a transaction has been completed. The platform won’t be limited to payments on websites, either, but will also include games and mobile applications.

Perhaps a better illustration of the potential here are the pilot partners that PayPal trotted out on-stage:

PayPal says there are already 150 developers signed up and that it will open a beta test of the platform to developers at its Innovate 2009 event in November.