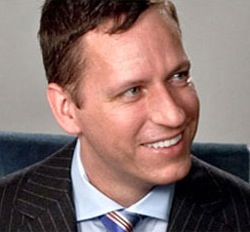 Breakout Labs, which will operate under Thiel’s non-profit organization the Thiel Foundation, will focus its investment efforts on research proposals that are either too early stage or too radical to obtain funding from venture capital firms or grants. Breakout Labs will consider all types of scientific projects for support. Funding will range from $50,000 to $350,000 per proposal.

“Venture capital firms look for research that can be brought to market within five to seven years, and major funders like the National Institutes of Health have a low tolerance for radical ideas,” said Lindy Fishburne, who will serve as Breakout Labs’ executive director. “At Breakout Labs, we’re looking for ideas that are too ahead of their time for traditional funding sources but represent the first step toward something that, if successful, would be groundbreaking.”