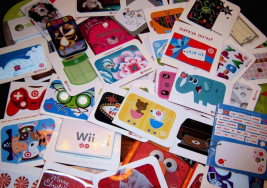 I’m not a particular fan of gift cards. There are few things worse than getting a gift card for Christmas to some store I’ve never heard of — or worse, one I hate. Hopefully that’s about to change with Plastic Jungle, a provider of a marketplace for trading and selling gift cards.

Plastic Jungle announced today that it has raised $10 million in its third round of funding led by Jafco Ventures to help consumers redeem $30 billion in unspent gift cards.

The company allows gift card recipients to sell those cards for up to 92 percent of the card’s value and get it back in cash. The average payout for gift cards to any given person is around $96, according to the web site. Gift cards have to have a minimum of a $25 balance to trade in. The amount of cash paid out is dependent on how much demand there is for the cards. For example, Target gift cards pay out 90 percent of their flat value, while cards to clothing retailer Macy’s pay out 80 percent of the card’s value.

The marketplace doesn’t just pay out in cash, either. It can pay out in credits at other e-commerce and social gaming sites. That includes Facebook Credits and cash that can be placed in a PayPal account.