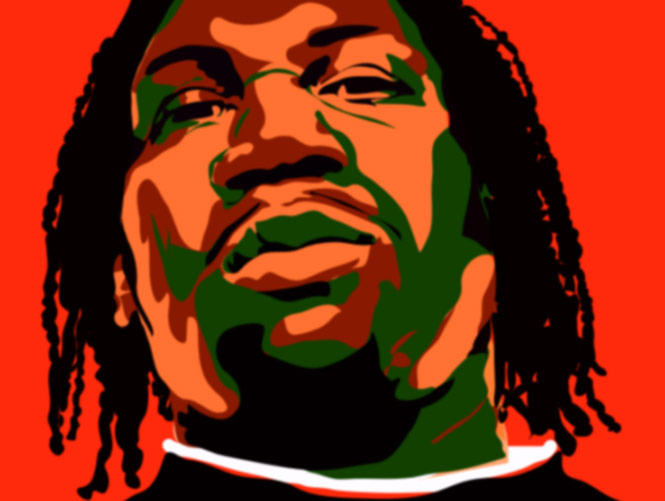 DETROIT — Most startups aren’t as sexy — or as musically talented — as Rapt.fm. Then again, most CEOs aren’t rappers, and most chief technical officers aren’t beatboxers.

Still in private alpha, the Detroit-based company lets users rap freestyle with anyone in the world, allowing viewers to give props to great raps and award winners in impromptu rap-offs.

“People think rap is so hard, but rap is actually something you can learn, just like anything else,” says chief executive Erik Torenberg, who goes by T-Berg on the site. “There are 25 million monthly searches on how to rap … more than guitar, piano, more than how to build muscle, and more than how to lose weight.”

Above: In which I face off against CEO T-Berg, and utterly fail to invent a cool MC name for myself

Rapt.fm aims wants you to have fun rapping, improve your skills, face off against friends or strangers in live, real-time contests, and maybe, just maybe, help the next Eminem blast off of the streets of Detroit.

Or the burbs of Wichita.

It’s a cool idea, and some cool tech is behind the music. Rapt.fm compensates for internet lag between rap competitors to deliver a seamless, synced sound.

Right now while in private alpha, Rapt requires an invite to use it, and only allows one-on-one rap face-offs. Within weeks, Torenberg plans to allow audiences to watch live rap showdows.

Rappers-in-training can also able to save their raps to their rapper profiles, and see which have been voted as best by users.

Competitors include LetsBeef and OurStage, but Torenberg believes that the focus on live performance and audiences differentiates Rapt.fm.

Rapt.fm is currently in the Bizdom accelerator program in downtown Detroit, and it’s raising a seed round as well as looking for developers. And that thing about the team members being rappers or beatboxers? Torenberg says it’s a requirement.

“The whole team raps,” he told me. “It’s mandatory if you want to join the team.”

Here’s a little taste of their talent, customized on the fly for Venturebeat: