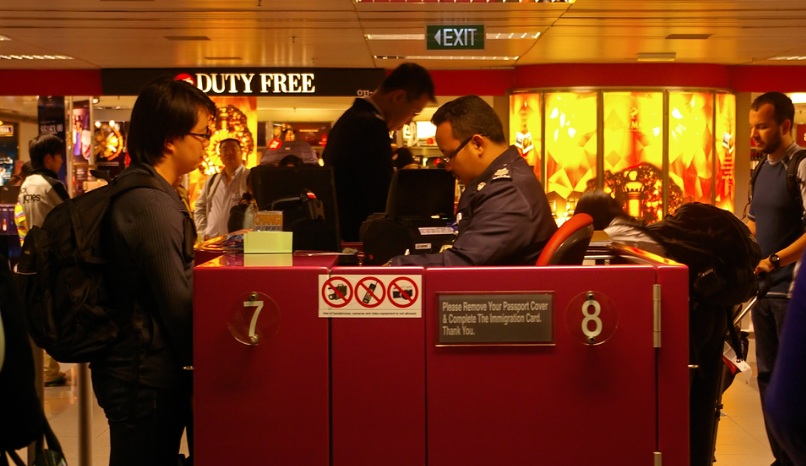 This post is written by Samantha Huang, a research assistant at Stanford Law School.

At the immigration law firm where I worked during graduate school, I saw case after case of extremely talented individuals who, despite their many contributions to the U.S., faced the threat of returning home because of their immigration status.

One such case involved the immigration struggles of a highly successful postdoctoral fellow from a top-five university whose work had led to a patent for a medical treatment for metastatic cancer. Another client, the founder of a multimillion dollar high-tech startup, had fallen out of legal status because immigration law lacked clear-cut visa categories for early-stage entrepreneurs. After working on such cases, I periodically would joke to clients that I wasn’t sure if the law firm could help them, as the immigration agency would not even allow cancer curers to remain in the country.

When Vivek Wadhwa invited me to become a researcher for his study on immigrant entrepreneurship, I already had experienced my fair share of visa horror stories faced by talented foreign-born innovators. I consequently came to the project with my own suspicions that immigrants were forgoing the U.S. for other opportunities abroad.

Our research team, supported by Duke University, Stanford University, and the UC Berkeley School of Information, found that for the first time in decades, the rate of expansion of immigrant entrepreneurship has plateaued and even started to decline. Of technology and engineering companies established from 2006 to 2012, the proportion of such companies with at least one founder who was foreign-born has decreased from 25.3% to 24.3%. These findings suggest that high-skilled immigrants have begun to leave the United States for other countries, taking their business with them.

Most alarming are the results from our special analysis of the high-tech hub of Silicon Valley. From the 1970s to early 2000s, the region boasted the greatest growth rates of immigrant entrepreneurship. However, since 2005, the rate of growth of immigrant-founded tech companies in the region has dramatically decreased 8.5 percentage points to 43.9%. As the economic health of Silicon Valley often serves as a litmus test for determining the strength of the U.S. economy, such an astonishing drop in immigrant entrepreneurship may also mean trouble for the nationwide tech industry, which has relied extensively on the contributions of foreign-born innovators.

Notably, not all our findings paint such a bleak picture. While most immigrant groups demonstrated a decline in entrepreneurship rates, Indian and Chinese founders are establishing engineering and technology companies in the U.S. at a higher rate than before. Both groups historically have exhibited a nearly unparalleled level of participation in the U.S. technology industry, and Indians have dominated the Silicon Valley tech scene since the 1990s. Of the total of immigrant-founded companies surveyed in our study, 33.2% possessed Indian founders, compared with 26.0% in 2005. The proportion of Chinese-founded startups increased from 6.9% to 8.1%. Chinese and Indians, the two most visible immigrant groups in the tech industry, appear to have resisted the general trend of stagnation of the rate of immigrant entrepreneurship in the U.S.

However, beyond India and China, the top two immigrant-founder-sending countries, our findings become increasingly complex. The case study of Taiwanese founders is illustrative. In 2005, Taiwanese founders comprised the fourth largest immigrant-founder group. Today they rank twenty-second. This drastic drop in entrepreneurship by Taiwanese immigrants is especially alarming in light of the influential role they have played in the advancement of the U.S.’s component technology field. While we may only speculate about the causes of the decline in Taiwanese entrepreneurs, one compelling explanation is that as Taiwan becomes an increasingly attractive forum for entrepreneurship and innovation, high-skilled Taiwanese have begun to seek out the opportunities available in their home country. The efforts by the Taiwanese government beginning in the 1980s to create the supportive infrastructure necessary for entrepreneurial development finally seem to have stemmed the “brain drain” problem that had once debilitated the country throughout the 1970s and 1980s.

Today the Kauffman Foundation releases the findings of our study, which was headed by Berkeley School of Information Dean AnnaLee Saxenian, Stanford Law School Professor Daniel Siciliano, and Stanford University Rock Center Fellow Vivek Wadhwa. The report shows that we sit on the brink of a historically unprecedented decline in immigrant entrepreneurship. As high-skilled immigrants leave the U.S. for increased opportunities at home, they take their specialized knowledge and businesses elsewhere. In failing to retain them, the U.S. loses many valuable entrepreneurs and innovators. As our study demonstrates, the maintenance and expansion of the U.S. economy and tech industry require a serious commitment to immigration law reform. With the process of the reverse brain drain already underway, legislative change must occur sooner rather than later to stop the further loss of tech talent from the U.S.

Vivek Wadhwa has also published a book on this subject, The Immigrant Exodus: Why America Is Losing the Global Race to Capture Entrepreneurial Talent, which suggests ways to fix the problem.

Samantha Huang is a research assistant at Stanford Law School and is completing a degree at  Berkeley Law School, where she focuses on the promotion of technology entrepreneurship, and innovation through law.