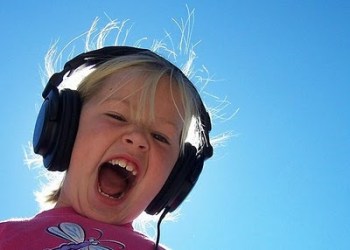 Rhapsody’s European expansion begins today with the acquisition of Napster International, Napster’s European subscription music service. The terms of the deal were not disclosed.

Rhapsody will own and operate the Napster service in Germany and the United Kingdom, and the company sees it as a opportunity to expand its reach in that geographical area.

“The acquisition of Napster and its subscriber base in the UK and Germany gives us an ideal entry to the European market,” said Rhapsody president Jon Irwin.

“Through the benefit of scale, the strength of our editorial programming, and strategic partnerships, we can now bring the Napster service to even more consumers on a variety of platforms.”

Rhapsody bought Napster in October 2011; apparently, Napster’s European assets were not part of that deal.

No one will be getting a pink slip in this transaction; all employees of Napster International will be working for Rhapsody. However, the product will continue operations under the Napster brand in European areas, simply because it’s better known there.

Starting in March, Napster subscribers will be migrated to Rhapsody’s infrastructure and will have access to new web and mobile user interfaces and — Rhapsody claims — better performance, speed and improved playlist management. Users’ libraries will remain intact, and their subscription prices will not change.

Rhapsody, which launched more than a decade ago in 2001, says it is the largest subscription music service in the U.S. and claims more than 1 million monthly subscribers, a milestone it reached just last year. Rhapsody also places a high value on its editorial content such as reviews, features, playlists, and more than 200 radio stations programmed by a staff of music critics and professionals.

However, particularly in Europe, Rhapsody is up against Spotify, the white-hot startup that’s been carving out its place in users’ hearts since 2008. As of late 2010, Spotify was claiming 10 million active users, and by late last year — around the same time Rhapsody announced its 1 million subscribers milestone — Spotify told the world it had reached 2.5 million subscribers globally — helped along in no small part by a powerful partnership with Facebook.

Still, Rhapsody is putting on its best “undaunted” face for the showdown.

“This is the perfect time to extend our borders, both geographically and technologically, as we take our service to new places, including the automobile and the living room,” said Irwin in an emailed statement.

“Consumer demand for subscription music has never been greater, and our partners are eager to bring music to the masses in new and creative ways. There is a lot of room for growth in this market and I firmly believe that 2012 is going to be our biggest year yet.”