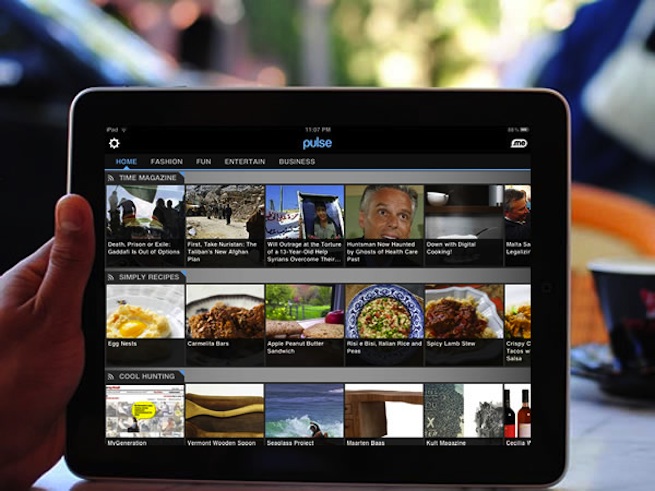 Rumors are flying that popular news app Pulse is in acquisition talks and that a veritable who’s who of Silicon Valley tech giants are in the alleged running.

Pulse cofounder Akshay Kothari told us in a past interview, “We have been passionate about the product, and that’s what drives us. … It turns out if you have a focus on the product, the company happens around it.”

We’ve reached out to Kothari and a couple other team members about today’s revelations. So far, a close source to the founding team has told us no such talks were underway as recently as two or three months ago.

And of course, Pulse is likely talking with partners like LinkedIn, Google, and Facebook constantly about content; after all, it is a reader/curation app. Any acquisition rumors may be a result of overblown speculation around these talks.

Or the Pulse founders could be shy about showing their real hand, which could include a splashy buy-out in 2013.

And as far as LinkedIn is concerned, a rep told VentureBeat, “We don’t comment on rumors and speculation.”

The particular rumors and speculation of the day started when AllThingsD’s Kara Swisher reported LinkedIn was a prime contender for the deal, although Amazon and Facebook (less likely) may also be interested. Swisher claims that nothing is set in stone but that the talks are “quite serious” with LinkedIn.

Pulse wouldn’t come cheap: The San Francisco-based startup has raised $10 million in venture funding from Redpoint Ventures and Mayfield Fund, among others. For perspective, one of its competitors, Zite, sold for $20 million to CNN in 2011. The team has forged partnerships with the leading publishers, and over 20 million people use its beautifully designed apps.

However, LinkedIn has the cash and is focused on building out its mobile products and personalized news content. The company just reported a stellar fourth quarter after a year of accelerated product innovation. LinkedIn’s 2013 goals include adding new features to its mobile apps (the fastest growing consumer product) and increasing engagement with the content on its homepage.

Since 2010, Pulse’s engineering-heavy team has rolled out a news reading application for the iPhone, Android, and iPad. The company was formed at Stanford University, and the first app proved to be an overnight sensation. In June 2010, Apple CEO Steve Jobs mentioned the product as one to keep an eye on at the company’s World Wide Developer’s Conference.