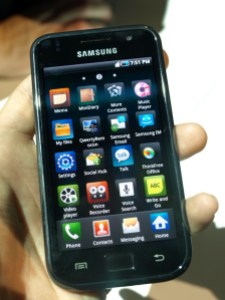 Samsung Group announced today it would invest $41.4 billion in new technologies, more than the company has ever invested in previous years.

The investments will encompass efforts in research and development, mergers and acquisitions, and building new facilities, Samsung reps told reporters. The company also said it will be hiring as many as 26,000 new employees in 2012.

Industry experts expect a good chunk of that change will be spent on logic chips and OLED displays.

However, making those highly powerful, highly efficient chips is so expensive that only cash-rich powerhouses like Samsung can continue to invest in R&D in those areas and build new facilities for manufacturing those kinds of technologies.

Samsung is the primary chip manufacturer for Apple’s popular iPhones, and the company is also a leading manufacturer of big-screen, high-powered Android devices — most importantly, its Galaxy line of smartphones and tablets.