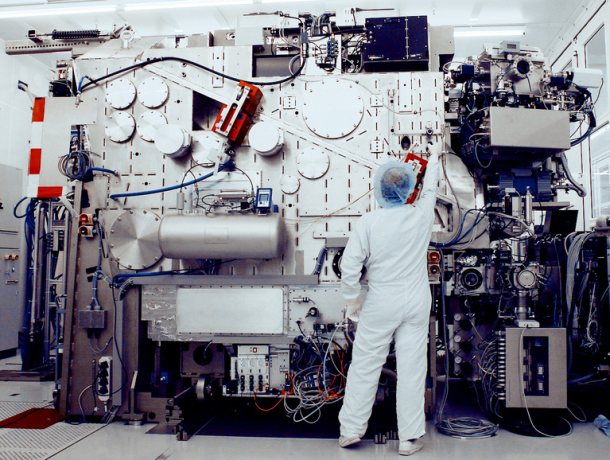 Samsung has purchased 3 percent of ASML for 503 million euros (around $630 million) and will offer up an additional 276 million euros  (around $346 million) for R&D purposes.

Samsung is the last company to join ASML’s co-investment program, which also includes Intel and TSMC. ASML says it aims to develop new lithography technologies, including Extreme Ultraviolet (EUV) lithography, to “extend Moore’s Law.” (Above: A crazy image of one of ASML’s EUV demo units.)

To refresh: Moore’s Law is the observation that transistor amounts on integrated circuits double every four years, and it led to the more common observation that chip performance doubles every 18 months.

Samsung, Intel, and TSMC now have a total minority (nonvoting) stake in ASML of 23 percent. ASML says it will give back the entire cash proceeds from issuing the shares back to its shareholders via a synthetic buy-back.