Samsung said on Monday that its evolution as a company depends on “cultivating deep relationships” with startups and startup ecosystems, not just in the U.S. but around the world.

The South Korean tech giant, probably still best known for its hugely successful line of Galaxy smartphones that go head to head with Apple’s iPhone at the premium end of the market, said that startups are the “secret ingredient” in its innovation.

“The future is about the thoughtful integration of hardware and software. And that means startups,” said David Eun, EVP of Samsung’s Global Innovation Center (GIC), in a blog posting.

Samsung just announced its new SmartThings Hub at IFA in Berlin earlier this month, what it calls its open ecosystem push into the Internet of Things (IoT) space — the fruit of an estimated $200 million acquisition of SmartThings in August last year.

The company goes so far as to say that IoT will be its next big driver, overall. (You can refresh your memory of everything Samsung announced at IFA here.) 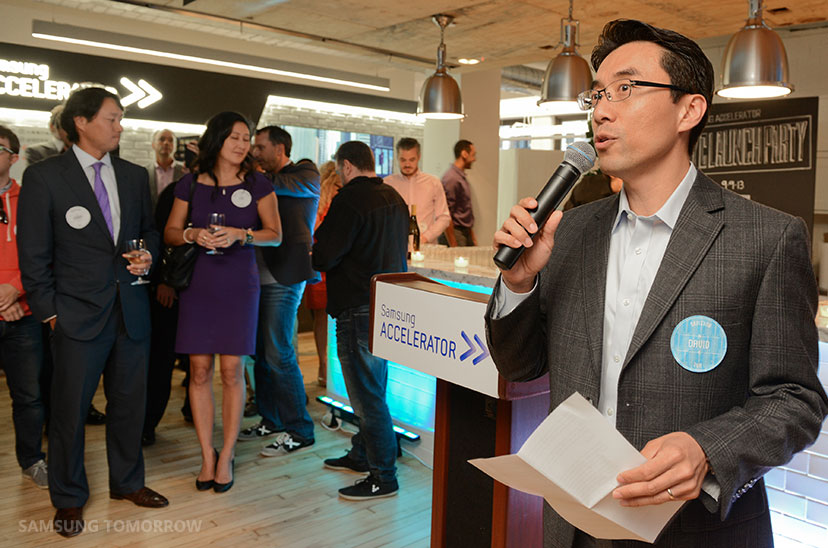 More broadly, Samsung said that for it “to evolve its software and service presence, and continue building compelling consumer experiences, [we are] cultivating deep relationships with startup ecosystems in Silicon Valley, New York City, and around the globe.”

“[We] build these relationships through four vehicles: investments, partnerships, acquisitions, and [an] accelerator program in San Francisco and New York City. By working with startups at any stage of development, GIC engages with entrepreneurs in a variety of ways, offering them more opportunities than investments would alone,” it added.

While this is not the first we’ve heard of Samsung’s apparent obsession with startups — others have done deep dives on the topic — it’s always nice for the ecosystem and founders to be reminded of the company’s continued appreciation for what they do.

Last week, Samsung pledged to step up its efforts to better support local startups at home in South Korea.

It said it would do this by encouraging entrepreneurship (sounds pretty broad), helping founders reach overseas markets, and creating synergies for the regional economy, according to The Korea Times.

“We have seen the achievements in fostering a venture business ecosystem which we aimed for when the [Center for Creative Economy & Innovation] was established,” Samsung’s president Lee Sang-hoon was quoted by the Times as saying, at an event last week. “We will strengthen support programs for the creative economy to vitalize the regional economy.”

Meanwhile, the company’s venture investment president, Lee Seon-jong, said at the event that Samsung “will continue to provide support to build a startup environment which starts from ideation and establishment, and leads to an expansion of investment.”

To share its vision for the future of tech — and introduce concepts that it’s not yet brought to fruition — the company reopened its D’light experience store in Seoul last week.

That was around the same time new leaks surfaced purporting to show Samsung’s foldable “Project Valley” smartphone that could be unveiled next year.

In any case, if Samsung wants to be a real innovator, not just a follower, it will need all the help from startups that it can get.

And acknowledging that doesn’t hurt.