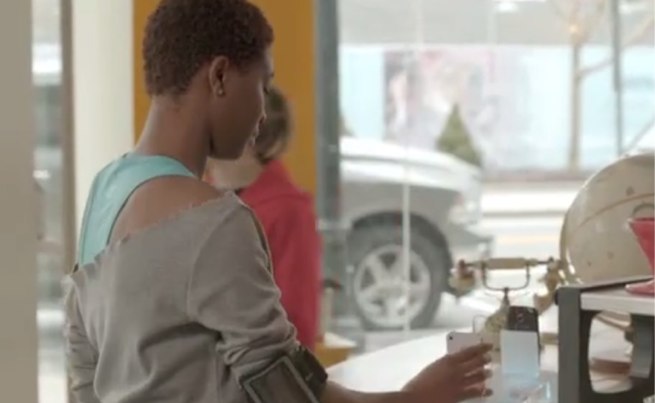 Check-in schmeck-in. Leveling up in status, Boston-based SCVNGR has picked up $12 million in funding as part of a two-part, extra-large fund raise to help its one-year-old, burgeoning mobile payment service LevelUp become a leader in the space.

SCVNGR, which seems to scoot by on the “if at first you don’t succeed, try, try again” mantra of startup life, is the three year-old company that first sparred with Foursquare and others in the venue check-in space. The upstart has spent the past 18 months checking out of check-ins and into transactions with its second product LevelUp, a mobile payment system that borrows from the pay-by-phone-scan system that Starbucks first made popular.

Launched one year ago and live at more than 3,000 locations across eight U.S. cities, including Ben & Jerry’s, Coldstone, and Johnny Rockets chains, LevelUp is an iPhone and Android payment app for consumers, and a terminal and rewards system that merchants can install to process payments and run new customer or loyalty campaigns. LevelUp has plans to launch in 25 additional cities over the summer.

Ultimately, LevelUp’s approach to mobile payments steals the best parts of Starbuck’s widely popular mobile pay program — scannable codes and an attached loyalty program — for a clever, pay-by-phone QR code system that anyone with an iPhone or Android can use right out of the box.

Priebatsch on Foursquare and offloading check-ins for transactions 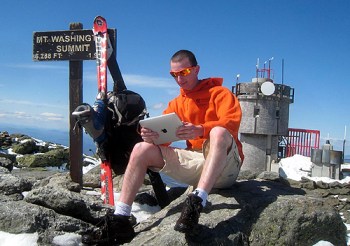 Wearing his trademark uniform of orange polo and jeans, SCVNGR founder and CEO Priebatsch joined me for a video Skype chat Thursday morning to discuss his company’s latest raise and to reflect on taking the off-ramp on the once traffic-congested highway of the check-in space.

The app’s convenience, and the fact that the company has begun stripping out interchange fees for merchants and adopting a pay-per-performance-only model, is why the system is seeing such rapid adoption by businesses and remarkable engagement from consumers, Priebatsch told me.

Clearly, the switch in focus from check-ins to payments was a turning point for the company. SCVNGR the check-in app still exists, and is doing well Priebatsch insists (I’m skeptical), but roughly 85 percent of the startup’s resources are now allocated to LevelUp.

“We, about a year-and-a-half ago, made this interesting and kind of aggressive decision to go after the transaction,” he said. “If you look at our biggest competitor at the time, Foursquare, they did not. They made a very different choice. And usually when you make a choice, you kind of create a rift in the space-time continuum and you only get to see the choice you made. You don’t get to look across the rift … so, for us, it’s interesting to watch Foursquare … to watch what the other remaining company in the location-based space is doing now that they have to evolve a little bit beyond the check-in because that value proposition is fuzzy.”

Priebatsch believes, of course, that SCVNGR took the right path and is headed in the more lucrative direction. He points to today’s Foursquare app revamp as proof.

“Foursquare’s most recent product update moves them to be closer and closer to Yelp,” he said. “Because they choose to stay in the check-in space, and the check-in space doesn’t add enough value to support a company of their valuation, the natural evolution has to be to become a reviews site.”

LevelUp, though, has a seemingly unimpressive registered user base of just 200,000 people. Still, that’s enough to make it the second largest mobile payment network in the U.S., second only to Starbucks, at least by Priebatsch’s estimates.

Roughly 65 percent of users are active every month, about 50 percent are active every two weeks, and the average user is using LevelUp two to three times a week, he said. The mobile pay system processes $2 million a month, with an average transaction size just under $10. It’s worth noting that the LevelUp business is not yet profitable, though Priebatsch says it’s trending in that direction.

LevelUp will also support 60 percent of POS systems by the end of year, he added, which should make its nationwide roll-out go all the more smoothly.

Even the city of Boston is on board. The city, looking to help its businesses level-up with citizens, has plastered subway cars with LevelUp posters (pictured right) that let consumers scan QR codes to get $5 to spend through LevelUp at local merchants.

Still, it’s hard to get a good read on LevelUp’s real health. Investor’s doubling-down on bets and new firms signing on for the mobile pay gamble are all good signs. There’s also the fact that the total volume of transactions processed through LevelUp is growing by 15 percent every seven days.

SCVNGR’s $12 million partial round includes participation from existing investors Highland Capital, Google Ventures, Balderton Capital, and new investors Continental Investors and Transmedia Capital, and brings SCVNGR’s to-date raise up to $32 million. Priebatsch said the remainder of this round will likely close in 45 days and include participation from one to two larger firms to make the total amount raised “a fair amount larger.”