It shouldn’t come as a surprise to anyone that VCs have, over the past few quarters, been reluctant to put term sheets down on new investments. Most venture folks have instead been preoccupied with tending to their portfolio companies, either ensuring that their most promising companies have enough capital and resources to weather the downturn, or trying to sell off the others. 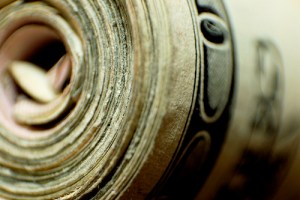 The statistics bear this out. U.S. venture-backed companies raised $9.28 billion in the first half of 2009, according to VentureSource. That’s 44 percent less than the $16.47 billion raised during the same period in 2008.

It may be too soon to pop the champagne, but the mood in the venture community appears to be slowly improving.

The market is up (the Dow has climbed back to above 9000); cracks are emerging in the tech IPO deep-freeze (with Open Table and Solar Winds having had successful IPOs, and a number of other venture-backed technology companies announcing plans to go public in the near term); and VCs are starting to do deals at an increasing rate (VentureSource cites that the amount of capital invested in the U.S in Q2 2009 rose by 32 percent as compared to Q1 2009).

What is most noteworthy about the recent increase in funding activity is the structural change occurring in the market for early stage investments. In the early part of this decade (after the dotcom boom and subsequent bust), when VCs recommitted to investing in early stage startups, most simply dusted off their Series A term sheets and recommenced investing in the “Series A mold.” Series A deals can vary dramatically, but they often look something like this:

As investors dip their toes back into the early stage deal pool following the most recent downturn, however, many are opting for “seed” financings instead of the typical Series A described above.

Seed financings are “priced” like Series A deals, meaning a valuation for the company is set and an ownership stake is taken at the time of the investment. However, seed deals tend to involve much smaller amounts of investment capital than Series A financings: usually somewhere between $500,000 and $2 million. These seed deals are also sometimes called “Series 1” or “Series A-1” financings to distinguish them from Series A financings that follow them.

It used to be that seed financings were investment vehicles reserved principally for investors and “seed stage” VCs with small funds that can only deploy small amounts of capital in any given deal. These days, however, we are seeing big-fund VCs seeding early stage deals with a regularity we haven’t witnessed before. Based on internal private financing data, my firm (Wilson Sonsini Goodrich & Rosati) alone has closed 14 VC seed deals in the four months from March through June 2009.

So why the recent increase in seed funding? I believe there are three reasons.

First, VCs have to deploy capital and, as noted earlier, they’ve been reluctant to do so for the past several quarters. Over this time, however, entrepreneurs haven’t stopped pitching them great ideas, and with the market showing signs of improvement, they are now starting to fund these ideas.

Second, while the desire to deploy capital has re-emerged, VCs are still skittish. They are reluctant to put large amounts of capital at risk, and figure seed deals to be a suitable “low-risk” investment option for them. They can throw $500k at a founder and tell her to prove out a business model. If she doesn’t, then the VC is only out $500k. If she does, then that VC is probably in pole position to lead that founder’s Series A financing a few months later.

Third, for software, Internet services and other IT companies, the cost of innovation is a fraction of what it used to be a decade ago, and entrepreneurs starting these companies require less capital for their businesses.

From an entrepreneur’s perspective, VC seed investing isn’t necessarily a bad thing. After all, some activity is better than no activity. Moreover, investment decisions within the partnerships of these venture firms can be arrived at more quickly and with less friction when only $1 million of investment capital is at stake.

That said, entrepreneurs should be mindful to avoid Series A deal terms when negotiating a Series 1 financing. Many VCs will propose a seed deal using a Series A term sheet (whether by design or mere convenience), and this can end up costing the company much more than it bargained for. Here are some tips for entrepreneurs when negotiating seed deals (with the caveat that each deal is different, and rarely will an entrepreneur get their way in all of these categories):

Seed is the new Series A for many VCs, and this is fine. Just make sure that you, as an entrepreneur looking to raise capital, understand what seed financings are, and also what they are not.