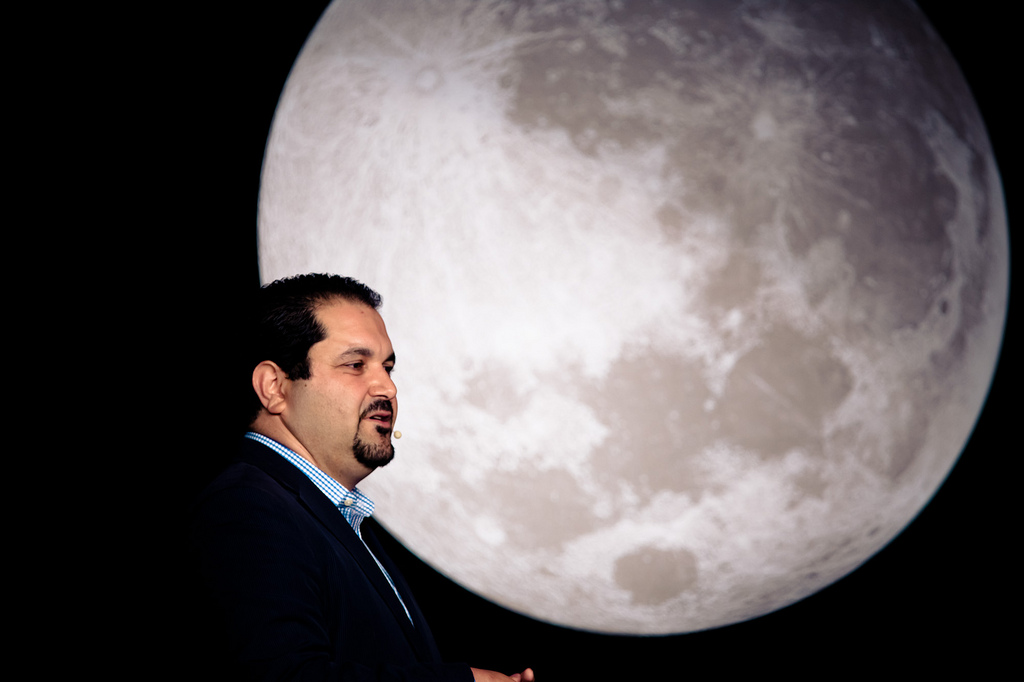 Sherpa is raising a $150 million called the Sherpa Ventures Fund that will take a new approach to early-stage startup investments.

Sherpa is the project of two Silicon Valley heavyweights — Menlo Ventures parter Shervin Pishevar and Scott Stanford, a managing director at Goldman Sachs. News came out earlier this year that the duo was starting a new company to build and support startups. It consists of a startup “Foundry” and a fund.

Details are still vague, but we do know that the Foundry will be a sort of incubator program-meets-startup studio. Participants will dream up new ideas and attempt to turn them into successful companies. AllThingsD reported in February that The Foundry would be funded by a number of strategic corporations and well-known entrepreneur partners. The Sherpa Ventures Fund will support those new companies

Pishevar is a well-known and well-liked figure in the startup scene. He founded multiple startups, worked as chief application officer at Mozilla Corporation, and was an active angel investor before joining Menlo Ventures as a managing partner in 2011. Menlo had $4 billion in assets and mainly focused its investments on less “sexy” areas of technology like enterprise software and networking solutions. Pishevar was brought on to help Menlo dive into the consumer and social Web. He told the New York Times that he hoped to create a “people-focused” incubator at Menlo to “develop a structure and methodology that can help incredible founders scale across the stages” and formed the $20 million Menlo Talent Fund.

Pishevar went on to make a series of hot investments, including Uber, Fab, Milk, TaskRabbit, Warby Parker, and Tumblr. As an angel investor, he has invested in over 50 companies and had many of investments exit to companies like Google, Facebook, eBay, and LinkedIn. He is also one of the 10 members of the United Nations Foundation’s Global Entrepreneurship Council, and serves as a consultant to the state department and White House on entrepreneurship.

Stanford has notable experience as well and was involved in Goldman Sachs’ investments in Facebook, Uber, and LinkedIn.

The venture capital model and accelerator model have come under fire recently. Last year, the Kauffman Foundation issued a report that found that venture capital has delivered poor returns for more than a decade and hasn’t significantly outperformed the public market since the last 1990s. Since 1997, less cash has been returned to investors than has been invested in VC, and speculation is that “venture capital is broken.” The report, of course, sent ripples through a community that puts VCs on a pedestal and set off discussions about how to change this model to yield higher returns.

One notable shift is that firms are getting more deeply involved with their portfolio companies. Andreessen Horowitz established a variety of in-house services dedicated to helping entrepreneurs, and firms like Upfront Partners and First Round Capital recently announced major content initiatives to bring greater levels of transparency and communication to startup building. Furthermore, accelerators and incubators have proliferated over the past couple years across multiple verticals and geographies in an effort to give entrepreneurs the support they need to thrive. There has also been a string of startup “foundries, “studios” and/or “labs” like Betaworks, Monkey Inferno, and Obvious Corp that take a hybrid approach.

Sherpa is at the center of these trends, as well as that of “company building” and will bring its own unique approach to creating a new generation of startup success stories. Pishevar will stay on at Menlo as a venture adviser. Sherpa has not yet responded to request for comment.