John James, a serial entrepreneur from Fayetteville, Arkansas, said he was faced with a dilemma in his quest to make his town a more friendly place for tech startups: “Is my time better served mentoring 10 people, or taking a 10 percent chance at building a billion-dollar company?”

After consulting with mentors, James decided to take the chance on building another startup. The result is Engine, a startup that’s creating a cloud-based ecommerce software platform to compete with the likes of Shopify. Founded in 2017, Engine has raised $2 million in venture capital. The first company to use its platform, a Fayetteville clothing retailer called Bearded Goat, went live with its new Engine-powered website this week. Engine has three customers so far, and is in the process of raising its series A.

That might not sound like an impressive feat in Silicon Valley. But in Arkansas, James is garnering a lot of attention for his newest venture. According to PwC’s MoneyTree tool, startups in Arkansas raised just $13.5 million in 2017 — with all of that funding coming during the second and third quarter. 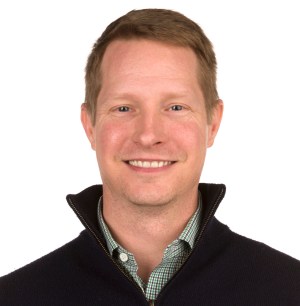 James’ goal is ambitious — not just to build a billion-dollar-plus company, but also to make his hometown a hub for ecommerce startups, as he spoke about at length in an interview this week with VentureBeat.

Fayetteville, located in Northwest Arkansas, is home to the University of Arkansas — an institution that James says provides the area with more tech talent than outsiders think. It’s also a 30-minute drive from Bentonville, the home of retail behemoth Walmart. But Walmart’s presence hasn’t translated into an explosion of ecommerce startups in the area.

James’ previous venture, Acumen Brands, was one of the local attempts that came closest to building a startup that had the potential to IPO. At its height, Acumen Brands was the holding company for roughly 20 brands hawking everything from medical scrubs to cowboy boots both in stores and online. Its most well-known brand, Country Outfitters, made a name for itself with a seemingly never-ending stream of Facebook giveaways, encouraging users to like and share the posts for a chance to win a pair of cowboy boots.

Country Outfitter’s tactics wouldn’t work on Facebook today, as the platform has clamped down on posts that encourage users to like and share as a means of gaming growth. But it was enough to log about 7 million fans on Facebook, mostly organically, and it got the attention of investors.

Acumen Brands first raised a $3.75 million series A in 2010, which James claims was the first institutional capital raised in Arkansas in more than a decade. MoneyTree does show a $4 million deal in 2004, but lists zero venture capital deals in Arkansas between Q3 2004 and 2010. That company then raised a $5 million series B led by Dillard’s, the department store, and then $93 million in private equity.

But Acumen Brands, weighed down by its bloated number of brands, never made it to the IPO stage. The company was broken apart and sold last year. James left the company in 2014, after having sold a majority stake in 2013.

After leaving Acumen Brands, James started Hayseed Ventures, one of the few seed-stage funds in Arkansas. The fund has invested in 12 startups to date (13 if you include Engine). Its most notable investment is Menguin, a tuxedo rental website that was bought by Men’s Warehouse founder George Zimmerman for $25 million.

In 2017, James decided to start Engine, seeking to build the kind of ecommerce platform that he wished had been available to serve Acumen Brands’ needs. James says that while he believes Shopify is ideal for “mom and pop” shops, Engine wants to target fast-growing ecommerce companies, which need a platform that’s a little more customizable. James says Engine is for startups that generate roughly between $1 million and $100 million in online sales annually, and maybe employ a handful of developers, but not enough to build their own website.

Engine advertises the ability to tag multiple products in one image and to link to products more seamlessly in blog posts, so that when a company changes a product’s price, for example, any blog posts containing that product are automatically updated to show that new price. The idea is that Engine’s layout is more reflective of the shopping experience created by image-first platforms like Instagram. 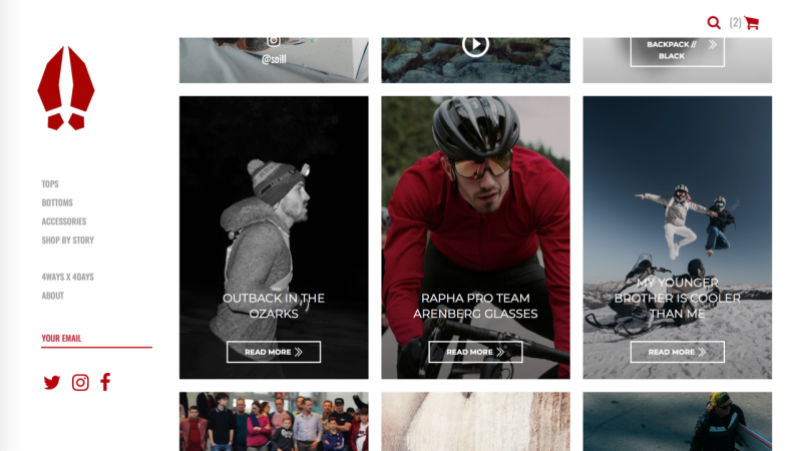 Right now, Engine is doing custom builds for customers, which cost anywhere between $60,000 and $250,000, with Engine charging a $2,500 per month subscription fee afterwards. The company says it hopes to release an automated solution by January. The company has roughly 28 employees, and an office in Denver as well as Fayetteville.

James does have it easier than other entrepreneurs in Fayetteville — but says that even with his track record, when he pitched VCs in New York and Silicon Valley, he was asked to move Engine to the coasts. It cemented his belief that the best thing he can do to help grow the startup community in Northwest Arkansas is to prove that people can build a startup here.

“My vision is [building this ecosystem], even more so than building my company,” James said.