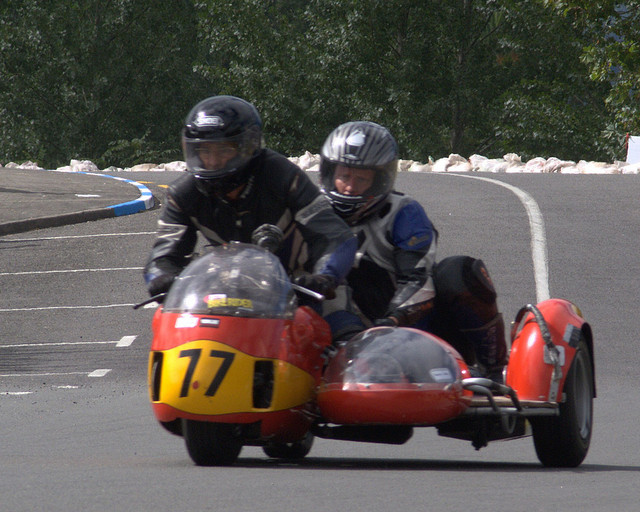 In its push to grow beyond its San Francisco roots, ride-sharing service SideCar has reportedly purchased Austin, Texas-based competitor Heyride, according to an AllThingsD report published today.

The acquisition probably has something to do with the SXSW conference that’s held in Austin every year in early March. And as a new resident of this fair city, I can attest to its horrible traffic congestion during the morning and evening rush, which will undoubtedly be worse with an enormous event happening. That said, ride sharing services will likely see plenty of use during SXSW.

Much like SideCar, Heyride is an iPhone app that searches your immediate area for people who are available to transport you around town for a fee. That fee is determined prior to someone picking you up, and the transaction is done entirely over your smartphone, which eliminates awkward situations that involve breaking large bills or being surprised that the driver doesn’t have a credit card machine. You’re able to track your ride using the smartphone’s GPS and rate drivers once you’ve been dropped off.

Buying Heyride is a smart move for SideCar. Not only will it gain Heyride’s local user base, but it’ll also put the spotlight on SideCar and potentially take attention away from rival ride sharing service Lyft.

We’ve reached out to SideCar for more details about the acquisition as well as its plans for SXSW. And as always, we’ll update this post with any new information.

Founded in 2012, the San Francisco-based SideCar raised a $10 million round of funding back in October from Lightspeed Venture Partners and Google Ventures. Since launching last year, the startup has facilitated over 50,000 rides and grown a community of hundreds of drivers and thousands of passengers.