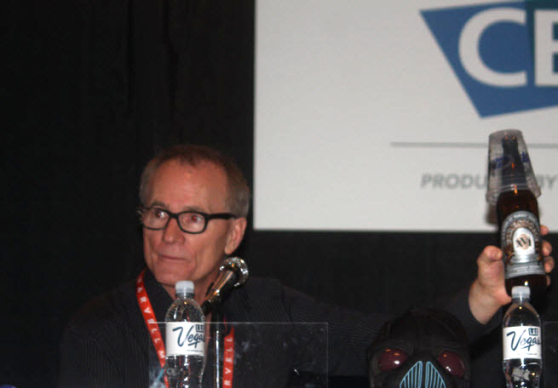 Signia Venture Partners is raising a $100 million fund, according to an SEC filing.

Signia Venture Partners is an early stage fund that makes investments in mobile, gaming, online video, and education technology. It was formed by Playdom Inc founder Rick Thompson— who sold his company to Disney for $763.2 million in 2010– and fellow tech industry veterans Dan Fiden, Ed Cluss, and Sunny Dhillon in 2012. The group committed $20 million of their own money for the first fund and has made just shy of 30 investments to date.

Signia Venture Partners is based in Menlo Park, California. Thompson is a prolific tech investor. All told, Thompson has had exits valued in excess of $5 billion during his career. He loves to play poker and chess; he has been an investor and entrepreneur since 1995; and he is focused on what he calls the founder-investor model, where he gets closely involved with the early-stage companies he works with.

Thompson left Playdom in August 2011, and since then, he has funded the next generation of game companies, including mobile gaming firm Funzio, which Gree bought last year for $210 million. He has also invested in Wild Needle (acquired by Zynga for $3.8 million), Idle Games, Red Robot Labs, Grand Cru, Rumble Entertainment, Project Slice, Fun+, Airy Labs, Noise Toys, Viki, Social Shield, Udemy, Triangulate, AdChina, and Iddiction. That probably makes him one of the most active investors in games to date. He serves on the advisory board and is a general partner of Signia Venture Partners.

Thompson has had the luck of being at the right place at the right time. At Playdom, his team built Mobsters with six people in a week. Within 30 days, the game was generating $4 million a month. In an interview, Thompson told GamesBeat that he had turned his attention to investing in mobile gaming, since no one dominates that market and there are lots of problems that entrepreneurs can solve. He said that he preferred to invest in multiple game companies because that gives him a much better feel for the state of the market, in contrast to investors who make maybe one investment in games.

Of the transition from consoles games to mobile games, he said, “The challenge in a changing market is to get on the new horse and get up to speed as the other one starts to wear down. That certainly creates pressure on companies. The good news is that people are spending a lot more time gaming than they were previously. As the industry moves forward, some of the monetization does fall off, though, and that does create some short-term pain.”

We are still waiting on a comment from the firm.