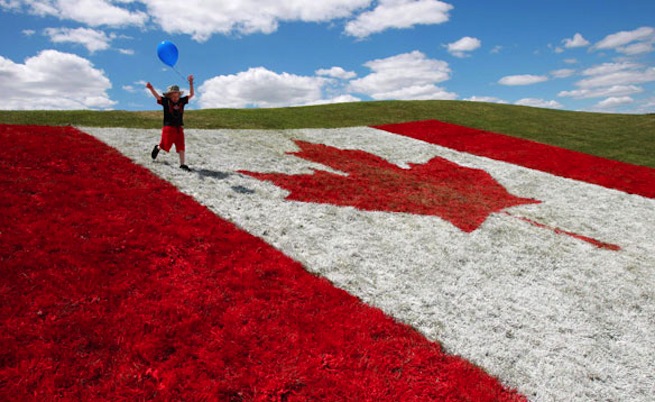 While foreign entrepreneurs face a protracted immigration battle in the U.S., Canada has forged ahead with a new ‘Startup Visa‘ program.

Canada is not the first country to implement policy to entice foreign entrepreneurs; Australia and Chile have launched similar programs. But if accepted, those who choose to settle in a city like Montreal or Toronto will earn residency immediately, not in a few years.

This also isn’t the first time that the famously friendly country has handpicked groups deemed beneficial to the national economy. The New York Times called its relatively open policy “an experiment in designer immigration.”

Relative to its population, Canada takes more than twice as many legal immigrants as the United States.

“While we sit on our hands, our competitors around the globe are rolling out the red carpet to recruit the most talented individuals away from us,” observed Jeremy Robbins, special counsel in the office of New York Mayor Michael Bloomberg.

Foreign entrepreneurs are in demand, particularly those with engineering skills. Canadian policymakers hopes its new program will support new ventures, stimulate jobs creation, and bolster the region’s claim as a technology hub.

The visa is a pilot program, with an initial annual allotment of 2,750 visas available to entrepreneurs and their families.

Investors as well immigration authorities will vet potential immigrants for the startup visa. Eligible candidates will need to have procured a minimum of $25,000 in angel funding from an approved Canadian investor or $75,000 in venture funding. Entrepreneurs won’t be deported if their business fails.

Meanwhile, in the U.S., foreign entrepreneurs are pushing for a similar startup visa program. They say the current visa system makes it extremely difficult for them to stay here.

One such entrepreneur is Australian-born Josh Rio, who came to the U.S. on a B2 tourist visa, and is now on a B1 business visa. He’s currently working to apply for an L1, an inter-company transfer visa, which requires him to submit over 150 pages of evidence that his company is legitimate.

“Many of the things we do in startups haven’t yet garnered the respect of governments,” he said. “How dare you not have large overhead, HR departments, huge payrolls, and 4-6 weeks of paid holidays?” If Rio is granted his visa, he will need to reapply next year, and the U.S. may deny it even if his company is doing well.

Rio’s story is far from unique; often, foreign-born entrepreneurs are reluctant to tell their story to the press, and this is reinforced by legal advice to stay quiet.

“I didn’t come here for a lifestyle [as] I can have that in Australia. I came here to take advantage of the opportunities this country has, and I am willing to work my ass off for it,” said Rio, who is the founder of a social network called Sceene, and is a former professional skateboarder.

Not every entrepreneur has Rio’s conviction to remain in Silicon Valley — many are already considering the alternatives.

“The U.S. will lose the war for global talent if it does not follow suit and reform the U.S. immigration system to include a visa program for startups and foreign entrepreneurs,” said Susan J. Cohen, resident immigration expert at legal firm Mintz Levin. Cohen is “cautiously optimistic” about immigration reform in the U.S., and she has followed it extremely closely since being involved with implementing the U.S. Immigration Act of 1990.

The federal government began accepting petitions for H-1B visas, and is expected to surpass its annual limit by the end of this week. Only 65,000 visas are available for highly-skilled workers in industries like science, technology and engineering. The Senate is currently closer to an immigration plan that includes a new visa program for low-wage workers, but this would not affect startups.

With such slow-moving reform, should the Bay area’s tech community fear that its brightest minds will be wooed to Canada’s high-tech cluster of innovation, “Silicon Valley North?”

Most of the foreign entrepreneurs in Silicon Valley I spoke with say it’ll be a fallback option. They agree that the Bay Area is still unrivaled when it comes to access to venture capital and support for startups. 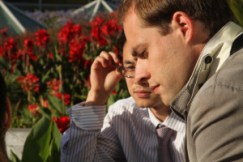 “I can imagine a scenario where a combination of visa issues, a declining runway, and the fortune of having a Canadian investor leads us to this path, but the complexity of moving the entire business over would likely be prohibitive,” said Pieter Gunst, the Belgian cofounder of legal technology startup LawGives.org, which helps lawyers connect with paid and pro bono opportunities. Cofounder Tony Lai is British, and is also battling with visa issues.

Over in Canada, entrepreneurs and investors are excited by the opportunity to highlight the innovation that already exists in the region. Toronto, Waterloo, Montreal, and Vancouver all have strong tech ecosystems and offer advantages, such as a less competitive talent market, local developer talent, tax credits, and universal health care.

“The government is betting that these founders will go to Canada, start a business, hire a whole bunch of people and stay for the long haul,” said Atlee Clark, the executive director of C100, a nonprofit dedicated to supporting Canadian technology entrepreneurship and investment. “Jobs will be a key marker for the government in determining success,” she explained.

For Aron Solomon, an entrepreneur who runs the education innovation arm for Toronto-based MaRs, opportunities abound for more collaboration between the two regions. He suggests that entrepreneurs might relocate to Toronto and other cities, but this won’t prevent them from investment and partnership opportunities in the Bay Area.

To connect the two regions, Canada’s immigration head Jason Kenney will travel to Silicon Valley in May to meet with some of the foreign entrepreneurs who are running out of runway — and more importantly, time.