New software jobs are being created outside Silicon Valley and other tech centers faster than ever. Over the past five years, cities like Seattle, D.C., Detroit, and Austin, among others, have all seen rapid growth in software-related job openings, according to a new report from online job site Glassdoor. Meanwhile, San Jose, California’s share of all software-related jobs fell from 15.8 percent  to 8.1 percent over the same period.

There are two main drivers of these trends: “Software jobs are spreading to non-tech sectors” as industries across America’s heartland continue to embrace tech, and “software jobs are spreading out from Silicon Valley,” writes Andrew Chamberlain, Glassdoor chief economist and author of the report, which is titled, “Beyond Silicon Valley: Tech Jobs Spreading Out of Tech Hubs.” 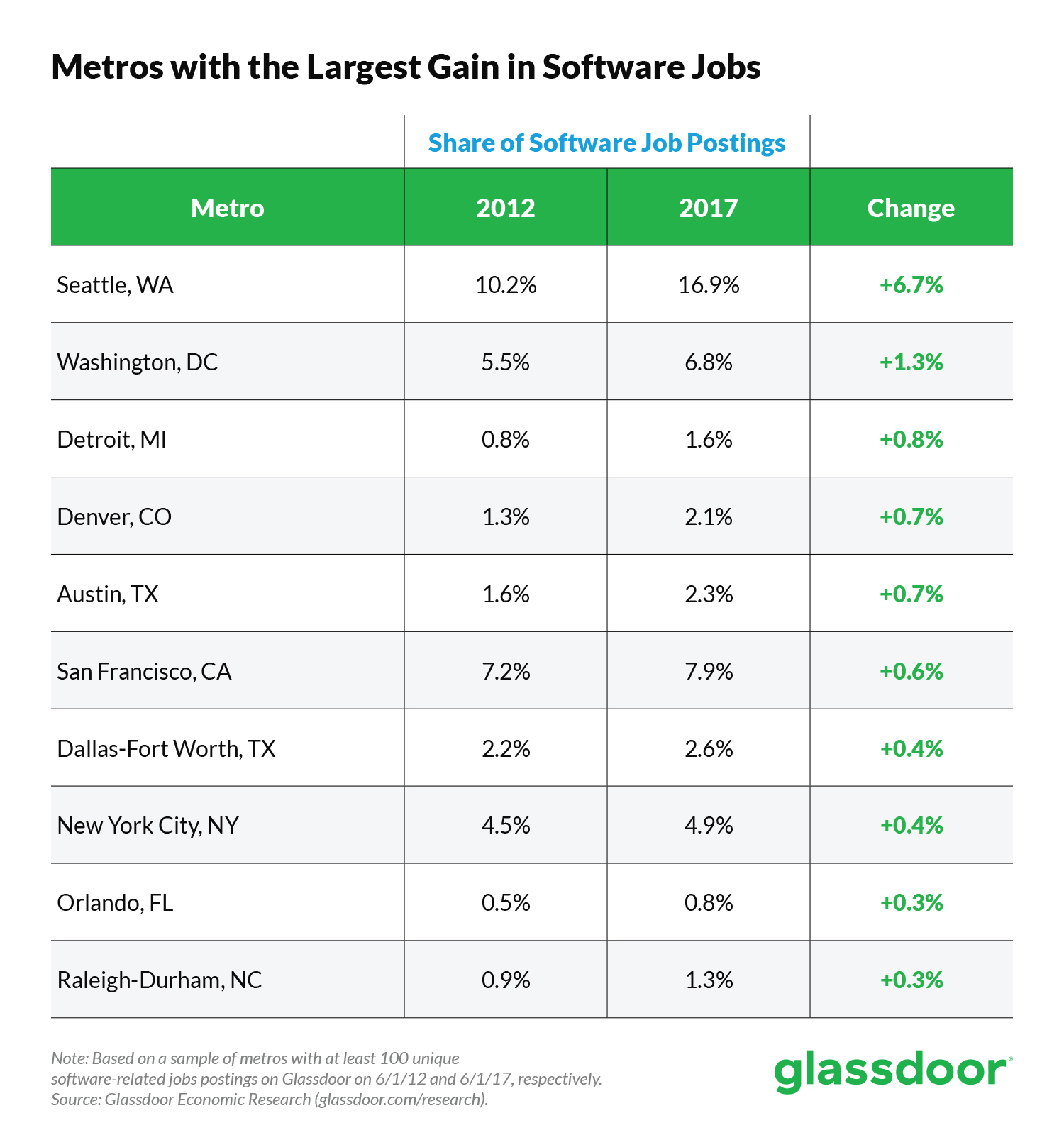 One result of this shift is the rise of new tech ecosystems with high concentrations of skilled people working in software-related jobs. “The distribution of software hiring is slowly expanding outward from Silicon Valley, and toward smaller, more affordable metro areas with fast-growing clusters of tech employers,” Chamberlain notes.

According to the five years worth of Glassdoor job postings data on which the report was based, tech jobs are becoming more dispersed among such industries as retail, banking, and manufacturing. Retail, for instance, saw its share of such job postings climb 7.5 percent — from 6.4 percent in 2012 to 13.9 percent in 2017. Looking at these postings based on geography over the same period shows that Seattle — home to Amazon, Microsoft, and Zillow — experienced a 6.7 percent increase, from 10.2 percent to 16.9 percent of all software-related job listings. 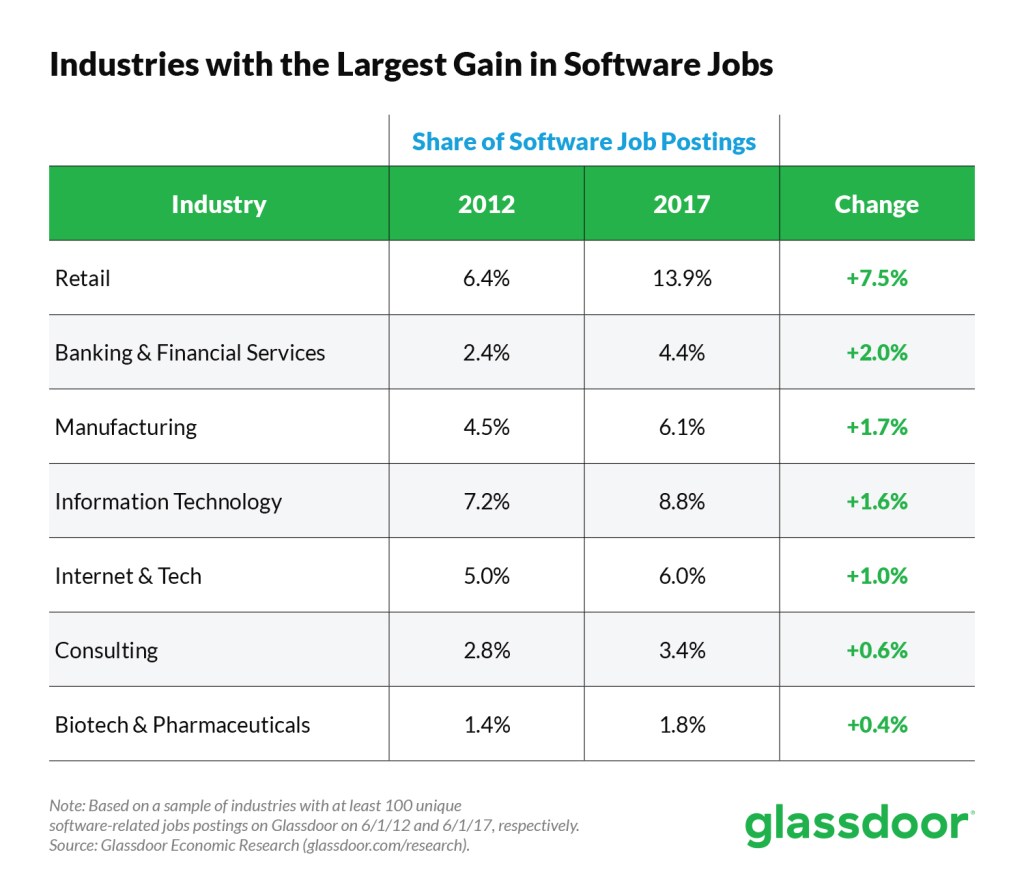 Chamberlain concludes: “The big winners in coming years are likely to be the lower-cost U.S. metros with fast-growing tech clusters that have attracted a rising share of software job postings in recent years.”