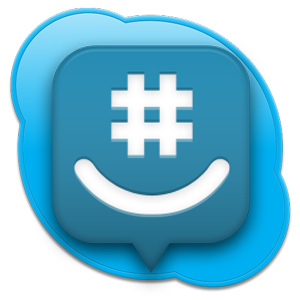 Skype on Sunday said it will acquire group messaging startup GroupMe, a move that will help the company expand its offerings in group-based communications. Exact terms of the deal were not disclosed.

“[GroupMe] complements our existing leadership in voice and video communications by providing best in class mobile text-based communications and innovative features around group messaging that enable users to connect, share locations and photos and make plans with their closest ties,” said Skype CEO Tony Bates in a blog post.

Both Facebook and Google recently released their own offerings targeted at group messaging with Facebook Messenger and Google+’s Huddle. Skype’s decision to buy GroupMe shows it wants to make sure it also has its group communication bases covered. It should pair well with the services it already offers, including video calling, global calling, instant messaging, and text messaging services.

Skype is still in the process of being acquired by Microsoft. The big M said in May that it would buy Skype for $8.5 billion and as soon as the deal is completed, we will likely see Skype integrated into Xbox 360, Kinect, Windows Phone and Office 365. GroupMe’s application and technology would also help Microsoft flesh out its mobile offerings as it continues to expand Windows Phone 7’s presence and capabilities.

It’s a remarkable way for GroupMe’s startup story to close, as the company is barely more than a year old. The first version of GroupMe was built during a weekend in May 2010 during a hackathon programming contest hosted by TechCrunch. Investors quickly took notice and the company raised $850,000 in its first seed round of fundraising from places like Ron Conway’s SV Angel and Lerner Ventures. And back in January, GroupMe raised $10.6 million, with funding led by Khosla Ventures, General Catalyst Partners and First Round Capital.

GroupMe’s offices and its 20 employees will stay in New York. “As part of the deal, GroupMe will remain in New York, team intact, working on our standalone application,” GroupMe announced on its company blog. “The major difference will be that we will now have access to Skype’s 175 million monthly connected users.”

Are you a fan of GroupMe? What do you think of the acquisition?