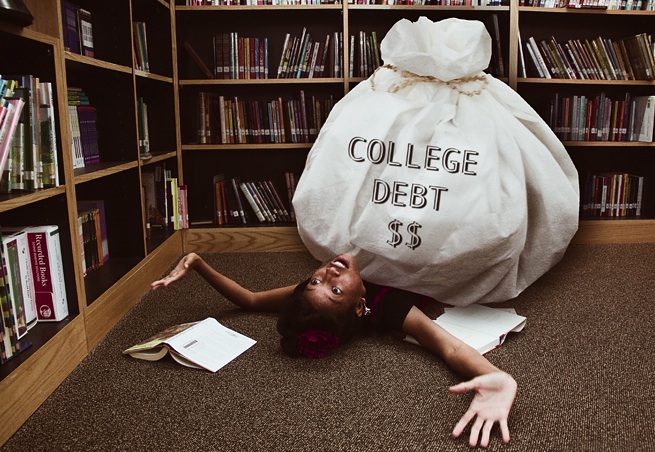 A startup known as Social Finance has raised a sky-high $77.2 million in venture financing to bring its new lending solution to colleges across the U.S. The goal is to lower the cost of postsecondary education by connecting rising seniors to wealthy alumni, who are willing to offer them loans at a reasonable rate.

San Francisco-based Social Finance, known as “SoFi,” is a lending solution piloted by students at Stanford’s Graduate School of Business by Mike Cagney and his cofounders. During the pilot, which was determined a major success, they raised a $2 million fund from 40 alumni. In short order, they were able to expand the initiative to 40 colleges.

“We want to fix the broken student loans industry,” Cagney told me. “Students aren’t getting a fair deal on their education because of loans being too high. And that’s wrong.”

The basic idea is that students receive loans at market rates that are far better (fixed at 5.9 percent) from alumni investors. It’s a far lower interest rate than federal Stafford and PLUS loans, as well as many private bank loans.

SoFi offers alumni investors a significant return of at least 5 percent for financing the education of students who will attend their alma mater.

“The student loan and debt crisis is getting worse before it’s going to get better,” said Cagney, SoFi’s CEO. With its new lending model, SoFi aims to put a dent in the student loan crisis. In March, the Consumer Financial Protection Bureau released a report that student debt had passed $1 trillion.

SoFi also points to a report from the Federal Reserve Bank of New York, which revealed that the delinquency rate for student loans, currently at 8.9 percent, increased during the second quarter of 2012. Meanwhile, during that time-frame, the delinquency rates for mortgages, credit cards, and auto loans decreased.

SoFi has rapidly grown since its first deployment at Stanford. Currently, there are 78 universities participating nationwide, and it plans to reach 250 universities by next Fall. Cagney and the team said they will use the $77 million to fund new loans and to reach more investors and borrowers.

“When taking the current and foreseeable macro environment into account, there is a massive opportunity for SoFi to disrupt the entire finance market,” said Steve Anderson, founder of Baseline Ventures, in a statement. Baseline is leading the round, with participation from DCM, and Renren Inc., China’s equivalent of Facebook.

It remains unclear whether the investors will receive an equity stake and a portion of the interest on the loan. But this would explain the enormous size of the raise. In April, the company pulled in $4 million in first-round investment from Baseline Ventures, Ren Ren’s Joe Chen (who assumed a seat on the board), and Eric Schmidt’s Innovation Endeavors.