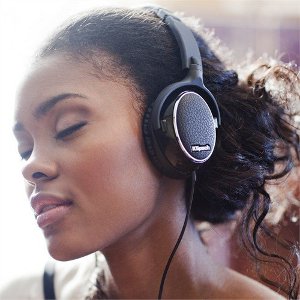 SoundCloud, a startup focusing on audio-sharing in social media, has announced a new (and reportedly sizable) round of funding.

The round, which was led by Silicon Valley venture capital firm Kleiner Perkins Caufield & Byers, may have been as large as $50 million, TechCrunch’s Mike Butcher reports. A SoundCloud rep confirmed all the details except the amount in an email exchange with VentureBeat this afternoon.

Kleiner Perkins partner Mary Meeker will join the SoundCloud board. GGV Capital also participated in the round, which the startup hopes to use to aid in more rapid expansion.

SoundCloud’s service was first focused toward professional musicians who needed better options for sharing music online. Currently, SoundCloud is used to distribute podcasts, audiobooks and more. SoundCloud is free for most users and offers paid plans for more hardcore customers.

“SoundCloud has seen exponential growth this year in terms of users and greatly evolved our product offerings,” said SoundCloud founder and CEO Alexander Ljung in a blog post today.

“With Kleiner Perkins’ impeccable track record for recognizing and investing in companies with a long-term view, and their understanding and support for the potential of sound, we couldn’t be more excited about working together.”

Over the summer of 2011, SoundCloud reported it had reached the significant milestone of five million users, four million of whom joined the service within the past 12 months.

SoundCloud is headquartered in Berlin and opened a San Francisco office mid-2011.