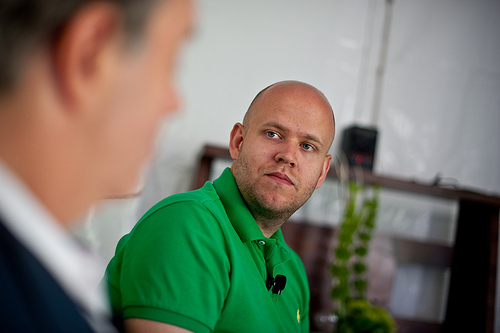 While the rumor mill is heating up again with news that streaming music service Spotify is raising another round of funding, we’re hearing new information about where the money is coming from.

Half of the rumored fifth round, which could total more than $100 million, is said to be led by Goldman Sachs, as VentureBeat previously reported. However, an anonymous source tells the New York Times that Coca-Cola could be contributing 10 percent of the round (about $10 million) and that Fidelity could be contributing up to 15 percent, with the remaining 25 percent coming from previous investors.

Spotify declined to comment to VentureBeat about any new funding. However, some reports indicate that the alleged new round could close as early as today. If true, the new round could value the startup at an estimated $3 billion.

Founded in 2009, Stockholm, Sweden-based Spotify has raised a total of $189 million to date from Kleiner Perkins Caufield & Byers, Accel Partners, DST Global, Sean Parker, and others.