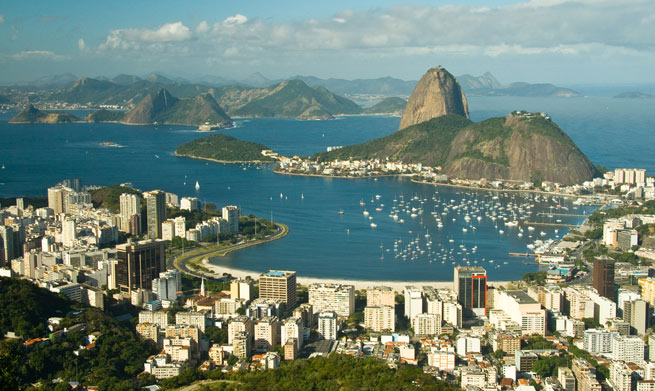 Silicon Valley has led the world in innovation and entrepreneurship because of its culture of information sharing and mentoring. No other region in the world is like it. But things are changing. In my travels to countries like India, China, and Chile, I’ve witnessed a noticeable evolution in entrepreneurial culture over the past five years. Networking groups are emerging, and entrepreneurs are becoming more open. One of the most impressive examples of this is in Campinas, Brazil—a small university town on the outskirts of Sao Paulo.

In June 2010, ten startups at the Softex incubator at the Universidade Estadual de Campinas decided to break free from the university incubator they were housed in and form an entrepreneurial co-op of sorts, called the Associação Campinas Startups. Instead of relying on local business executives and professors to guide them, the entrepreneurs decided to learn from each other. The university was very supportive, and business mentors went out of their way to share their knowledge and experience. But the advice was always too theoretical or geared towards big companies. In short, it wasn’t relevant to the leaner, fast-paced technology world. Instead, the entrepreneurs found the greatest value in brainstorming sessions and casual information exchanges with each other over lunch or drinks after work.

This is a common problem for nascent tech incubators all over the world. Unless the entrepreneurs receive active mentoring by entrepreneurial superstars like Paul Graham, Brad Feld, and Dave McClure, almost always the startups and incubators both fail. A successful incubator’s value is in the knowledge shared, not in the office space and administrative support.

There was no Graham, Feld, or McClure in Campinas. So, the entrepreneurs decided to pool their knowledge and help one another. They would meet informally every day, and formally once a week. During the formal sessions, each startup would “scientifically” present the one big idea they were pursuing, a hypothesis on why they believed this would lead to success and measurements to back up their assessment. And during the weekly sessions, they would report their progress on implementing their ideas.

When you are a lone entrepreneur, you are answerable to no one but yourself, and it’s easy to go astray. You don’t have a board to hold you accountable or to guide you when you go off track. The Campinas group’s “peer review” served this purpose. It forced accountability, placing pressure on each team to plan and to perform. It also allowed the entrepreneurs to learn from one other.

Within a year of getting the association into high gear, the ten original startups and two more that joined, had increased their aggregated revenue from $330,000 to $2.1 million. They increased their combined headcount from 39 to 56. Many of the startups changed their strategies and plans, but none, so far, have failed. Several received funding from local angel investors. And this year, ten more startups have joined the group.

Gentros, a biotech startup that joined the association after its founding in 2008, produces vaccines for farm animals. Its CEO, Taíla Lemos, told me that, without the advice and mentoring she received, her startup would certainly have failed. Even though she was in an entirely different industry than the other entrepreneurs, the principles for building a successful company were the same. They taught her how to determine what her costumers needed, identify scientific viability, and manage her R&D projects. She learned the principles of “lean startup” development – the process of quickly developing a proof of concept, testing it with customers and iterating.

There is no telling if any of these startups will survive or achieve long-term success. There are no certainties in entrepreneurship. But the quality of the companies I witnessed was distinctly better than that of the startups I’ve seen in Silicon Valley. Ultimately, I give the startups being fostered in Campinas a higher than average chance of success.

There is also a lot happening on the entrepreneurial scene in Sao Paulo. The most energetic of these groups, Brazilian Innovators, is run by Bedy Yang—an entrepreneur who lives in Silicon Valley, but travels frequently to Sao Paulo to organize networking events. The meetings start with words of wisdom being shared by Silicon Valley entrepreneurs talking over Skype, and then turn into information exchange sessions over wine and cheese. What started two years ago as a group of two dozen has blossomed into a gathering of 300 attendees.

My prediction is that, by the end of this decade, we will see some Mark Zuckerbergs emerging from the slums of Sao Paulo or New Delhi, India or Valparaiso, Chile. Why, you ask? Because entrepreneurs are doing what governments can’t—creating innovation ecosystems.