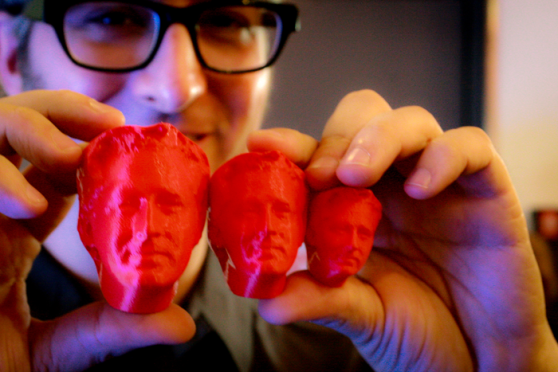 SAN MATEO, Calif. — The maker movement has helped start many companies. This year, the Maker Faire is giving them a place of their own, with a “Startup Pavilion” that highlights 20 new maker-centric companies.

It’s part of a growing recognition that the do-it-yourself spirit is not just a fun hobby, it’s a rich source of economic potential.

“There is a kind of maturation happening to the maker movement,” said Maker Faire organizer Dale Dougherty, when I spoke to him last week. It’s still dominated by hobbyists, but now there are an increasing number of startups, entrepreneurs, small companies, and even big corporations looking to get involved with the DIY spirit.

Related: Google embraced the DIY spirit last week with more than 400 Arduino-based sensors at its Google I/O conference. Find out how Google made the sensors and integrated all the data.

“At the very first Maker Faire, they really were all amateurs,” Dougherty said, of the exhibitors. After a few years, the Faire started hosting vendors — primarily makers of parts and components, like Arduino boards, used by makers. Now, the Faire is highlighting maker-inspired startups. Here’s a selection of the 20-odd startups at Maker Faire:

Big companies are getting into the act, too. Autodesk, for instance, has a fruitful partnership with 3D printing pioneer Makerbot. Autodesk makes an easy-to-use set of 3D design tools called 1-2-3D, and the 3D files created by those web-based tools can easily be printed on a Makerbot. This year, Autodesk’s large booth at Maker Faire includes a 3D scanning station, where you can get your head scanned and turned into a 3D digital file suitable for printing.

General Electric is also a sponsor of Maker Faire, and has been working with Maker Media (the parent company of the Faire — it was started by O’Reilly Media but has now spun out into its own company) on the Faire as well as the two-day Hardware Innovation Workshop that preceded it earlier this week.

“It’s a long, slow process of a company trying to understand the maker movement and engage with it,” Dougherty said. GE wants to encourage its own engineers to think more entrepreneurially, but it also sees the value of DIY, maker-type activities for encouraging and education the next generation of engineers.

Even Motorola, the phone manufacturer now owned by Google, is starting to embrace the maker spirit, Dougherty said, by making phones that are easier than most phones to hack, modify, extend, and repair.

“What would the maker community want to do with a cellphone as a platform, not just a fixed device?” he said.