Revealed in a public SEC filing, no limited partners (LPs) have officially committed to the new fund, but its projected size is certainly noteworthy; the fifth fund is 75 percent larger than SV Angel’s last two funds, both $40 million in size — announced August 2012 and May 2011 respectively. SV Angel’s second fund, raised in 2010, was $20 million, and the size of its first fund, raised in 2008, is unknown.

VentureBeat has reached out to SV Angel for comment on the new fund. 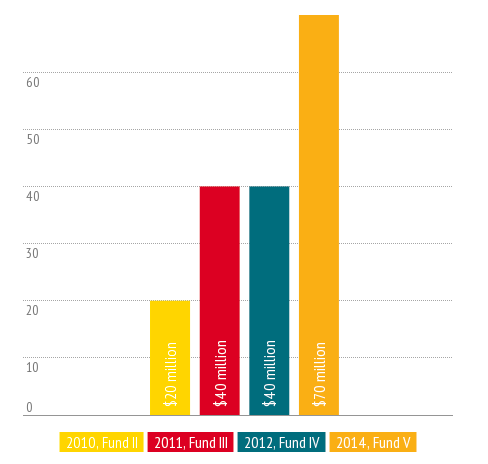 Ron Conway says his role at SV Angel has diminished since he cofounded the firm in 2008. SV Angel’s portfolio includes startups like Snapchat, Secret, Instacart, and Pinterest.