Since it launched back in August, Voi said that it has garnered 120,000 users in its native Stockholm and a trio of cities in Spain, including the capital Madrid. With another $50 million in the bank, in addition to a $3 million seed round it raised a few months back, the company said that it plans to expand into multiple new markets across Europe including France, Germany, Italy, Norway, Portugal, and the Benelux region.

The company said that it’s looking to “partner with cities and local communities” as it rolls its service out more widely, rather than just dumping a ton of scooters in streets across the continent, thereby risking the ire of officials and citizens alike.

One example the company cites is an upcoming pilot partnership with Swedish state-owned parking company Stockholm Parkering, which will allow Voi e-scooters to be parked in or outside their parking facilities. Voi also told VentureBeat that it will soon start sharing data with the city of Madrid.

Hjelm added that the company has held off on launching in new cities where regulations currently forbid such services. “Some of our competitors have launched anyway only to be kicked out 24 hours later,” he added. 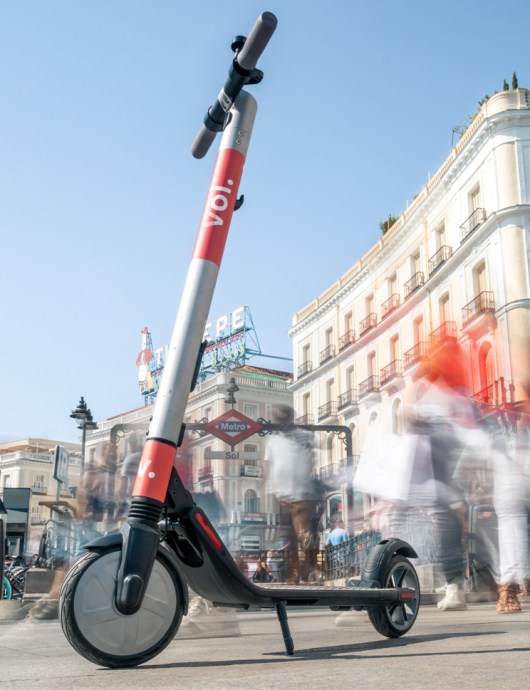 Several cities have indeed initiated bans or major restrictions on e-scooter startups, yet the VC cash continues to flow into the burgeoning space.

Santa Monica-based Bird has raised $415 million in the past 18 months, while San Mateo-based Lime has scooped up $467 million over a similar time frame. Elsewhere, San Francisco’s Spin had raised $8 million before Ford acquired it last week for a reported $100 million, and Uber snapped up New York’s electric bike startup Jump before expanding into e-scooters.

The e-scooter frenzy has already sputtered into Europe, of course, with Berlin-based Tier recently securing $28 million, while well-funded U.S. players are already expanding into key European markets, with the likes of Lime recently introducing its machines to Scandinavian streets.

Voi’s platform follows a similar model to that of other e-scooter startups out there. Users download the Voi mobile app, available on Android and iOS, to find the nearest scooter available, and then they scan a QR code on the scooter to activate their ride. 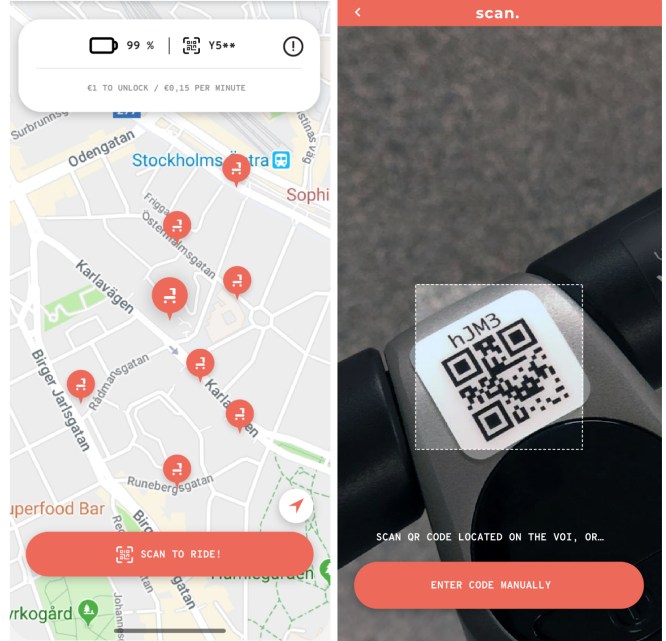 In terms of costs, each ride sets the customer back €1 to unlock the scooter, and then a further €0.15 per minute.

While Voi’s model is similar to others, it hopes its collaborative approach — i.e., it will do its best not to p*** off local communities — will work in its favor.

“Voi’s founders are exceptional, already proving that they can execute quicker, more effectively, and with better numbers than their rivals,” added Balderton general partner Lars Fjeldsoe-Nielsen. “But what’s impressed us even more is Fredrik and Douglas’s collaborative approach to working with governments at European, national, and local level. We believe that’s absolutely essential to success, and Voi has hired the best people in Europe to accomplish it.”