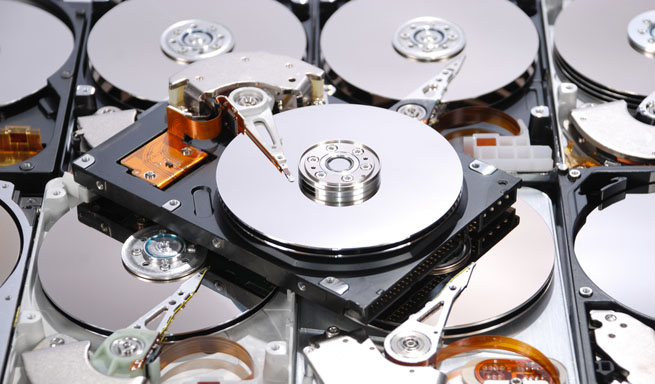 Alternative cloud storage startup Symform has raised $11 million to store your files in tiny fragments on hard drives all over the world.

“Traditional cloud storage is fundamentally broken,” said Symform co-founder Praerit Garg in an interview with VentureBeat. “Local storage is cheaper. You can buy a two terabyte hard drive for $80, but [cloud storage services] charge 50 cents per gigabyte, which can add up to over $500 per month. Cloud storage [has] to match the prices of local storage to reach its peak.”

Unlike Dropbox, Box, or the new Google Drive, which all store data on servers in massive data centers, Symform uses many different local hard drives to act as a collaborative data center. The files you upload to Symform are chopped up into tiny pieces, encrypted, and sent to at least 96 different hard drives.

Similar to Dropbox, you download a piece of software onto your computer. The software processes files you want to store in the cloud and allows your hard drive to receive others’ data. For every gigabyte of data your give up on your hard drive, you get one gigabyte of cloud storage. You can get up to 200 gigabytes of storage for free by opening up your hard drive and inviting others to the service. Beyond that, you’ll have to pay a subscription fee, which starts at $3.50 per month.

Despite the fact that it’s cheaper in the long run to store all of your files locally, Symform says its service  helps reduce the severity of disasters such as hard drive failure, theft, or fires. Since you aren’t placing all your data eggs in one basket, you cut down on the risk of your files disappearing forever.

But the practice of placing encrypted fragmented pieces of data on multiple hard drives does raise some security concerns. Instead of your file ending up in a secure data center that would be laborious to break into, part of a highly sensitive document could end up on an untrustworthy person’s hard drive. The company claims its encryption process, which involves including redundant fragments of data, makes the data very hard to hack. However, it’s not fail-safe.

Storing certain types of data on someone else’s hard drive may also have legal ramifications. A similar company to Symform, SpaceMonkey sells dedicated hard drives to store fragmented data. SpaceMonkey debuted its technology at the Launch conference in March 2012, and one judge at the event brought up the issue of someone uploading illegal content, such as child pornography, to collaborative cloud drive systems.

WestRiver Capital led this new round, with participation from existing investors OVP and Longworth Venture Partners. The investment will be used to grow Symform’s engineering, marketing, and customer support teams.

Seattle-based Symform presented at the DEMO Fall 2009 conference. The company was founded in 2007 and has raised $20 million in funding so far.