Elemental Technologies has raised $7.5 million from Disney’s Steamboat Ventures as it expands in the market for web video processing hardware.

Portland, Ore.-based Elemental makes video processing servers with graphics chips that can handle non-graphics tasks; in that sense, its servers are different from those that use only Intel-based microprocessors. The hardware is specially suited for streaming live high-definition video over the web or improving video images so that they can be played in crystal clear quality. That’s what drew in Disney’s Steamboat Ventures. Disney’s properties such as ABC (whose iPad app is pictured below) have to stream high-quality video across the web. Now those Disney divisions are using Elemental’s technology to help slash costs and improve web video quality. 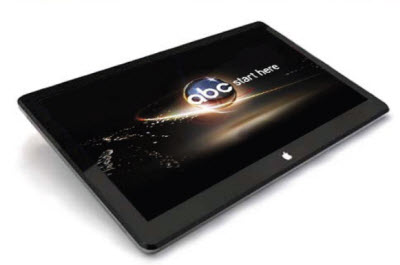 Web users have an insatiable appetite for video, either concerts streamed live in HD quality, or funny YouTube videos that are shared by the millions. Cisco estimates that video traffic will be 90 percent of all internet traffic by 2012, particularly as computers, TVs and cell phones get web connected.

Elemental writes software that harnesses the massively parallel processing capabilities of off-the-shelf graphics chips from Nvidia. For the past few years, Nvidia has been including non-graphics processing technology in its graphics chips under the name CUDA. Elemental exploits that technology, allowing it to process video by using a combination of graphics and microprocessor computation, instead of just microprocessors alone. The Elemental Live servers tap Nvidia’s latest Fermi graphics chips, which have 480 parallel processors.

The Elemental Live servers can do “adaptive bit-rate streaming.” That means that when it is broadcasting a video stream to the Internet, it sends out a bunch of redundant streams. If the viewing party, such as a consumer watching a live basketball game video feed, has a connection problem with one video stream, Elemental will switch to a different stream to make sure that the video arrives at the consumer’s computer without a hiccup. In doing so, it will lower the quality of the video slightly to ensure that you receive continuous video. Only a graphics chip with multiple processors can handle that kind of multiple stream processing, said Sam Blackman, chief executive of Elemental.

To take a recent example, at the Winter Olympics in Vancouver, Akamai Technologies, a content-delivery network, reported that it was transferring 374 gigabits per second of live video for more than 30 concurrent events. NBC served an estimated 45 million video streams — and still generated lots of complaints.

Elemental was formed in August 2006 by a team of former engineers at chip maker Pixelworks in Oregon. It previously raised $7.1 million from Nvidia, Voyager Capital, General Catalyst Partners and angels.

Elemental has 30 employees and is hiring. Customers include News-Press & Gazette Broadcasting, a media company in St. Joseph, Mo., ABC, CBS Interactive, and Time Warner. Blackman said that many more customers are in the pipeline. Worldwide, the streaming media market is valued at roughly $1.2 billion. Rivals include Cisco, Motorola, Digital Rapids, Spinnaker and Harmonic.

The company previously created video encoding product Elemental Server, used for post-production video work. And in 2008, Elemental launched its Badaboom Media Converter software to convert video so that it could be transferred quickly from a computer to an iPod and other mobile devices. The company also launched an accelerator product for Adobe’s editing software. Now it’s taking the core technology that made its consumer technologies possible and is making it available to enterprises.