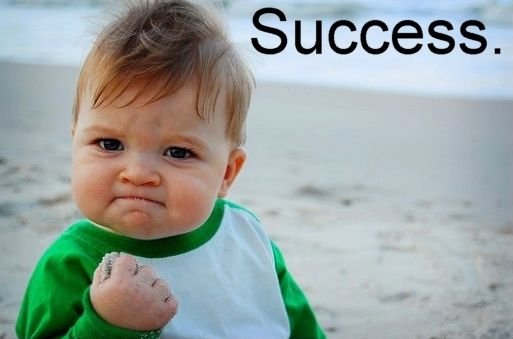 I have a crazy idea: success isn’t just about hard work. We hear about hard work all the time—it’s what Olympic champions talk about when they get to the top of the podium and it’s what the media credits as the sole force behind of multimillion-dollar Internet entrepreneurs. But there has to be something else in the equation of obtaining unimaginable success. What other traits tipped the odds in favor of the world’s most successful people?

What helped propel their careers before they had track records?

For the past year I’ve been fortunate enough to interview some of the world’s most successful people to find the answers to these very questions. Below are just a few of the traits I’ve noticed that have stood out in the personalities of people who have truly made it big:

1. The Audacity to Break the Rules

In his early twenties, Tim Ferriss, bestselling author of The 4-Hour Workweek, was running an online sports nutrition company and realized that he would be risking his businesses’ survival if he followed the industry standard of accepting payment up to twelve months after the product was shipped.

“Everyone followed those rules,” Ferriss revealed to me. “I realized I was inviting disaster and financial ruins if I risked my cash flow that way by following the standard protocol, so I insisted on prepayment. Nobody had ever done prepayment. I think that is one of the reasons why my sports nutrition company succeeded where a lot of other startups of that type failed.”

Straying from the norm isn’t easy when you’ve spent your whole life following rules laid out for you at school and at home. It takes a major cognitive shift to understand that the way things are, and have been, can be challenged.

Ask yourself what rules in your industry you accept as fact. Why do you follow them? If the excuse is “that’s the way it’s always been,” it’s time to consider pulling a Tim Ferriss.

2. An Irrational Level of Commitment

Growing up, Sugar Ray Leonard would wake up, get dressed for school, and walk with his siblings to the bus stop. As the yellow bus would pull to the curb, his friends and siblings would step up into the school bus, but young Sugar Ray Leonard, who is now a six-time world champion boxer, would refuse to get on. As the bus drove away, Leonard tightened up his sneakers and ran behind the bus all the way to school.

My generation is used to instant gratification. But Sugar Ray Leonard demonstrated the necessity to be able to buckle down for the long haul and accept that you won’t see any return on investment for years. You have to be able to stay passionately committed even when you can’t see the light at the end of the tunnel. And remember, Sugar Ray Leonard, now one of the greatest boxers in history, was running behind that yellow school bus at a time when others thought he wasn’t “boxing material.”

Sugar Ray Leonard kept at it, to the point that others thought was irrational. Turns out irrational commitment leads to irrational success.

Does what you’re working on excite you so much that it inspires an irrational sense of commitment? Are you willing to chase the school bus for years—before seeing any return? If so, keep running. If not, maybe it’s time to think bigger.

3. A Hunger to Solve Problems

Peter Guber, former CEO of Sony Pictures Entertainment, was in his mid-twenties as a new hire at Columbia Pictures when he realized that the way the studio heads were selecting directors was archaic—based on esoteric chatter instead of real data. Guber personally took on the task of solving this industry-old problem.

He went out and got a corkboard the size of his office wall and created a matrix: all the directors in Hollywood listed down the side and all the relevant information sprawled across the top—think of it as a primitive Wikipedia for the entertainment industry.

Word spread around town about the young guy who had this crowd-sourced wealth of data on every director in Hollywood mounted on his wall. In addition to adding value and helping others do their jobs more effectively, the corkboard allowed people to take notice of Guber’s ingenuity.

“It became a tool that allowed people to recognize that I was willing to do things differently. It shined the light on me and it and gave me more currency to make more daring choices,” Guber said. He explained that, “You are in the ‘problem solving’ business—always. That’s the way it works.” This was a key trait that allowed Guber to go from being a new hire at Columbia pictures to the studio chief—in just three years.

Although HR reps fail to mention it on the first day on the job, it seems that taking risks, solving other people’s problems, and creating value—even in a formal corporate environment—could have huge payoffs for your career.

Are there any problems, even outside your job description, that you could solve? What opportunities can you create to add value to both help people as well as supercharge your career?

4. A Ferocious Drive to Do More

Growing up in a village outside of Shanghai with no running water or electricity, Qi Lu (pronounced: chee loo) had no idea that one day he would have a corner office at one of the world’s biggest technology companies. As the President of Online Services at Microsoft, Lu has made a drastic journey to the top thanks to what his colleagues call “Qi Time.”

“During college, the amount of time I spent sleeping really started to bother me,” Lu explained to me. “There are so many books I can read and so many things to learn. It feels like, for humans, 20% of our time is wasted [during sleep] in the sense that you’re not putting that time towards a purpose that you care about.”

Although he admits it wasn’t easy, Lu has engineered his body to function on four hours of sleep a night thanks to an unusual regimen that ranges from timed cold showers to daily three-mile runs.

Driven by an unusual hunger to do more, Lu’s sleeping schedule has added an extra day’s worth of work time per week, which aggregates to nearly two months of productivity latched on to every calendar year. And he did it while still in college.

Ask yourself how badly do you want to do more. And what are you willing to give up for it?

5. A Sharp Focus on Playing the People Game

Shortly after graduating high school, Steven Spielberg began reducing the time he spent at college and increasing the time he spent hanging within the Hollywood inner circle. “[Spielberg] was going off to Sonny and Cher’s place all the time,” said Don Shull, Spielberg’s childhood friend. In a personal letter to Shull, Spielberg revealed that he would directly approach directors and Hollywood stars on the studio lot and ask them to lunch. And keep in mind—Spielberg was only nineteen years old at the time.

“Spielberg arranged his class schedule so that he could spend three days a week at Universal, watching filmmakers at work and trying to make useful contacts,” writes Joseph McBride in his detailed biography on Spielberg’s career. “He frequently slept overnight in an office at the studio where he kept two suits so he could emerge onto the bustling lot each morning looking as if he hadn’t slept in an office.”

“Steve knew at that early age that filmmaking is not just filming—it’s a people game. And he played it well,” said producer William Link.

While he definitely had talent on his side, so did handfuls of other aspiring directors. What helped Spielberg become the youngest director signed to a long-term studio deal was his focus on building relationships. This has nothing to do with “networking”; this has to do with making friends and focusing on people.

What little changes can you make in your life, starting today, to put a greater focus on people? What investments can you make, in both time and money, to hone the way you play the people game?

Success can come in different fields, but the principles behind it are one. From Sugar Ray Leonard chasing the school bus to Peter Guber’s corkboard, these stories show the unique personality traits that tipped the scales in favor of the world’s most successful people.

Success—while defined by everyone on their own terms—is something that truly manifests itself once you make that mind-set shift and tell yourself it’s go time. Are you ready to make that shift?

Alex Banayan is a venture capitalist at Alsop Louie Partners in San Francisco. His upcoming book will feature 25 of the world’s most successful people and will focus on the little things they did to propel their careers. He is 19-years-old. For more, sign-up for Alex Banayan’s newsletter here.