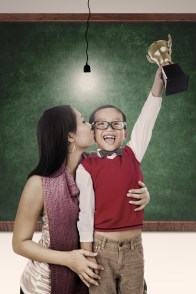 What are Europe’s hottest startup hubs? The Europas European startup awards take place in Berlin next week and I took a look at the nominations to find out. An interactive version of the infographic is available here.

The U.K., Germany and Ireland respectively received the most nominations, cementing London and Berlin’s reputations as the twin poles of the European startup scene. The Europas organisers hail from Ireland and the U.K. so this might also explain a slant towards those nations. U.K. companies received 65 nominations as opposed to 26 for German companies and 13 for Ireland.  However, the Nordic countries, France and Spain also did well on total nominations.

Things get more interesting when you look at the nominations per capita. Small European countries like Ireland, Finland and Sweden leave Germany and the U.K. trailing based on this measure, while all the Scandinavian countries perform well. Tiny Latvia (population 2.2 million) received 4 nominations but they were all for the same company, DIY infographics tool Infogr.am.

The entrepreneurial performance of Spain, France and even Germany starts to looks less than impressive when adjusted for population. Even Greece does better than the former two countries.

So what does this tell us about the state of entrepreneurship in Europe? This is obviously not definitive data since it is based on nominations for one set of startup awards, but the results do indicate that investors and media should look beyond the obvious centres of London and Berlin. Interesting things are happening on the fringes of Europe in the scrappy smaller members of the European family.

The data: If you leave out the people’s choice awards, regional awards, the award for startups outside Europe and non-startup awards like best investor, 164 nominations remain. Several startups received multiple nominations and these all counted towards the country totals. Pinpointing the country of a startup was not always straightforward. Gidsy‘s founders, for example, are Dutch but they started the company in Berlin. Several European startups nominated are now based in the U.S. I mostly used the base of the company, if it was within Europe, or the home country of the founders as the startup’s country. Mail me if you would like a copy of the raw data.

The infographic: The infographic above was created using Infogr.am which, together with Irish startup Datahug, were the companies which received the highest number of Europas nominations – a total of 4 each (5 if you count regional awards).