Amazon this week announced the next chapter in its bid to rule the commercial world. The company is looking to create a network of independent delivery fleets, and it wants “hundreds of entrepreneurs” to “start businesses” in support of this.

This represents a major move in the logistics realm, one that will see Amazon go up against long-established players — such as Fedex and UPS — and which has been rumored for a while.

But the language Amazon is using to attract prospective business owners is also notable. The company’s pitch appeals to America’s entrepreneurial spirit while obfuscating the reality of what signing up to the program really means. 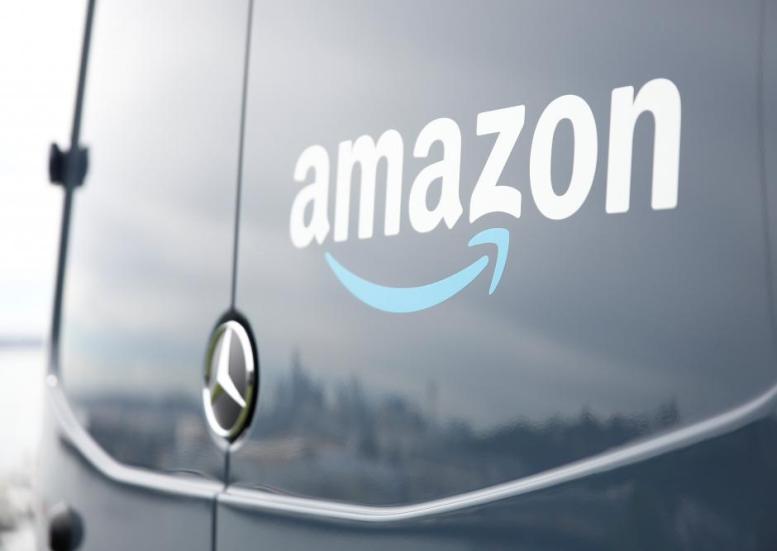 It’s difficult to overstate Amazon’s commercial clout. The Seattle-based company claimed around 44 percent of online sales in the U.S. alone last year, according to reports. And with its Whole Foods acquisition, Amazon is making inroads into the brick-and-mortar world. In fact, it has done a stellar job of creating a gargantuan ecosystem of products and platforms to hook users and keep them coming back. And this growing demand is precisely why the company now wants to build out its own logistics network for “last mile” deliveries.

Amazon is underplaying its logistics expansion and largely positioning this as a complementary program intended to round out existing delivery services and help it keep up with demand. But then it has to do that because it still needs its logistics partners — for the time being, at least.

“We have great partners in our traditional carriers, and it’s exciting to continue to see the logistics industry grow,” explained Dave Clark, Amazon’s senior vice president of worldwide operations. “Customer demand is higher than ever, and we have a need to build more capacity.”

Amazon is no stranger to running logistics services. It has been operating its Flex peer-to-peer (P2P) delivery program for a while, effectively letting anyone who owns a car become a courier for a day, a week, or forever — a little like Uber.

As with many other gig-economy platforms, reports suggest that Flex is not all fun — in fact, it’s a lot of effort for not a huge return. Plus, it offers no perks, benefits, or job security. The rates of pay and working landscape vary depending on factors such as where you are based, but the core selling point is consistent: “Be your own boss” is Amazon’s persistent marketing mantra.

And this is a thread we see permeating the gig economy. Big companies need workers — but they want to avoid the commitment of maintaining a traditional workforce, such as offering salaries, medical insurance, paid time off, and so on. One key to sustaining this charade lies in calling their typically low-paid workers “entrepreneurs.”

Uber has referred to its drivers as entrepreneurs for years, despite reports that they earn very little after expenses. Alongside other carefully constructed terminology, such as “partner drivers,” casting freelance gigs as “entrepreneurship” is part of Uber’s plan to make its workforce feel empowered. But it doesn’t paint the whole picture — a New York Times report last year referenced an internal Uber slide deck on driver income levels that revealed the company considered its main rivals for attracting new drivers to be McDonald’s and Lyft.

Under the guidance of new CEO Dara Khosrowshahi, Uber is taking steps to improve a reputation that has been tarnished by a series of scandals and feuding at the highest levels. In Europe, where workers tend to expect benefits and job protections, Uber is now offering drivers free insurance for illness, jury service pay, paid maternity/paternity leave, and more. This positions Uber more as an employer, despite a great deal of legal wrangling over the term, and is surely a tacit acknowledgment that drivers have been struggling to make ends meet.

A Brown University case study from a few years ago delved into the “entrepreneurial aspects” of Uber’s driver model. Patrick McQuown, an adjunct lecturer at Brown’s School of Engineering, actually spent the summer driving for the company, logging 400 hours and 8,000 miles in the process. His conclusion? The Uber driver model is not particularly entrepreneurial, and top-rated drivers receive no meaningful recognition for their efforts.

“Entrepreneurship means that you create a product or service that’s unique in the marketplace, and you’re rewarded with more profit,” McQuown said. “You simply can’t do that as an Uber driver. There’s no real chance to differentiate yourself financially from other Uber drivers.”

It’s against this backdrop that Amazon is now going the extra mile with its latest logistics endeavor. Following Flex’s lackluster reception, the company is doing things properly this time around, complete with Amazon-branded vans and uniforms. 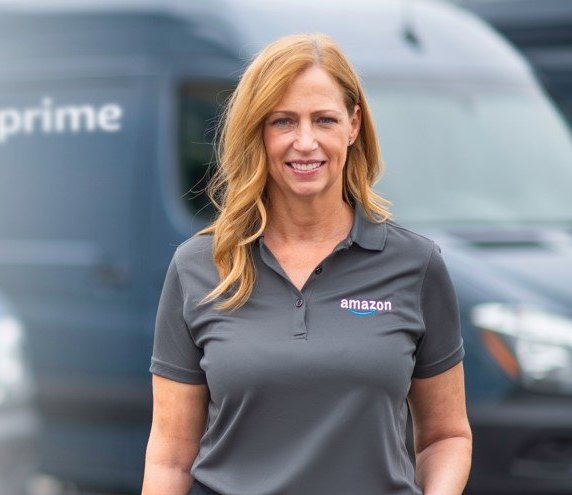 Amazon is also laying on the entrepreneurial schtick. It refers to its service as a “new offering that helps entrepreneurs build their own companies” and promises to take “an active role in helping interested entrepreneurs” get the ball rolling.

By definition, an entrepreneur is someone who takes on the financial risks of setting up a new business in the hope of profiting down the line, so Amazon is technically correct. The company anticipates that each partner will likely need a starting budget of at least $10,000, and it claims they could earn from $75,000 to $300,000 in profit each year if they build a fleet of 20 to 40 delivery vehicles. The business owners essentially lease the vehicles from Amazon, and they are responsible for hiring their own team of drivers.

“As we evaluated how to support our growth, we went back to our roots to share the opportunity with small and medium-sized businesses,” Clark added. “We are going to empower new, small businesses to form in order to take advantage of the growing opportunity in ecommerce package delivery.”

Additionally, Amazon promises a bunch of other perks, including training, support, and discounts and deals on things like fuel and insurance. This is all really starting to sound a little like an in-house Amazon logistics unit, except each fleet that signs up is an independent entity, which means Amazon doesn’t have to worry about salaries and other employee benefits.

Digging into the details reveals some interesting nuggets. “Amazon Delivery Service Partners,” as Amazon also refers to them, can absolutely make deliveries for other companies — after all, they are not Amazon employees. But the major caveat here is that they can’t use an Amazon van to make those deliveries. So when you launch your own business with Amazon, you are effectively working for Amazon and Amazon only.

That is all fine and dandy, but it arguably does a disservice to the term “entrepreneur.” As a small business owner under Amazon’s auspices, you don’t have to generate new business or drum up sales. You just have to come up with the initial cash to gain access to Amazon’s gargantuan inventory of orders, and you’re onto a winner. Potentially, at least.

In many ways, it’s like opening a franchise — creativity, hard work, and risk-taking is certainly required, but ultimately you’re tethered to other people’s policies. You have some control, sure, but you don’t set your own rules, and there isn’t much scope for personal innovation.

The thing is, Amazon already does enable entrepreneurs to set up shop and start their own businesses. Anyone can sell through the Amazon marketplace, and though Amazon carefully controls proceedings, merchants are able to leverage the platform’s vast global reach without making any significant investment in Amazon itself, beyond paying its platform fees. And these sellers aren’t restricted to Amazon — they can invest in a small warehouse or workshop and sell goods to anyone they want through any platform.

Though this technically applies to Amazon’s new logistics program — someone can buy a secondary non-Amazon van to make deliveries for other companies — it’s not likely to be a typical scenario. Running an Amazon delivery franchise will be a full-time gig in itself.