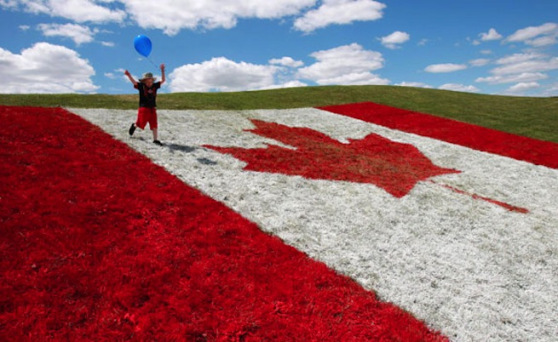 Governments can be notorious for slow change, especially in the eyes of entrepreneurs who move at an incredibly fast-pace. But Canada’s federal government moved impressively quickly to implement this new visa, which is aimed at encouraging entrepreneurs from all over the globe to call us home.

What does the startup visa accomplish?

Immigrants — who are 30 percent more likely to start a business than non-immigrants, according to the U.S. Small Business Administration — can now be fast-tracked into Canada if they receive a $200,000 investment from a designated Canadian venture capital fund or $75,000 from a designated Canadian angel investor group. This makes it much easier for entrepreneurs to avoid bureaucratic red tape and the stress of immigration status uncertainty.

But the program doesn’t just make it easier for immigrants on a financial level. It makes it easier on a volume level as well. In 2012, a mere 700 of the old startup visas were issued, while the new program has carved a path for up to 2,750 entrepreneurs to launch their startups in Canada per year.

While the Canadian government is garnering praise for making the visa a reality, the truth is that in order for the program to come to fruition, everyone had to make it a priority: government, investors, and entrepreneurs worked together for two years to make things happen. Everyone, to use startup terminology, hustled.

How Summify provided the impetus for Canada’s startup visa

But what started it all? To find the answer, look no further than a Canadian startup success story: Summify. Romanian founders Mircea Paşoi and Cristian Strat overcame everything that was wrong with Canada’s old system, creating a popular company that was acquired by Twitter for a tidy sum in January 2012.

Summify’s founders came to Canada in 2010 to start their company and were quickly backed by top-tier venture capital. Yet Paşoi and Strat — who turned down Silicon Valley jobs at Facebook and Google to build a company in Canada — could only get six-month visas, forcing them to leave and return to the country repeatedly.

They also weren’t allowed to work for their own company because the old immigration law book considered the two entrepreneurs to be potential drains on Canadian society, even though the opposite was evidently true: Summify was creating jobs in Canada and attracting significant investment.

It was their story of frustration and adversity that inspired me and other Vancouver-based entrepreneurs Danny Robinson (co-founder of Perch) and Maura Rodgers (co-founder of Strutta) to lobby for an easier way for foreign technology entrepreneurs to start their company in Canada. Fortunately for us, the government expressed strong interest to push our initiative forward.

A startup visa for the U.S.?

So now you’re wondering, what about the U.S.? Where is its startup visa? And how did Canada — a smaller nation with a less established technology ecosystem — beat its neighbor to the South on this front?

It would be easy to argue that the U.S. doesn’t need any help attracting entrepreneurs. It has Silicon Valley, which was ranked by Startup Genome as (to no one’s surprise) the world’s best startup ecosystem. Entrepreneurs from every corner of the planet are naturally drawn to the Valley. But to make that argument would be to go against the very nature which made the Valley so successful: if the US sits back and watches other countries implement startup-friendly visa programs, it’s going to get left in the dust — just like when a big company is disrupted by a scrappy startup.

Startupvisa.com, a site dedicated to raising awareness about the situation, contends that U.S. immigration policies are “now hurting our competitive edge in the global economy.”

Last year, four of the world’s five top-ranked startup ecosystems were American cities. But Canada has two cities in the top 10 (Vancouver and Toronto) and a third in the top 20 (Waterloo). If Canada continues to beat the US to the punch on important issues such as these, it won’t be long before the tables are turned.

The importance of foreign entrepreneurs building their companies in the US cannot be underestimated. Few realize that nearly half of Silicon Valley startups are founded by immigrants. Without them, the Valley would not be the world-leading startup ecosystem that it is today.

But there’s a problem — this trend is reversing. From 1995 to 2005, foreign entrepreneurs founded 52 percent of Valley startups, according to the Kauffman Foundation. Yet since then, they’ve founded just 44 percent. A startup visa would get immigrant entrepreneurship back on track and allow Silicon Valley and the rest of America to retain its competitiveness.

Unfortunately, there’s a major drag on the U.S. initiative’s progress in the form of political battles. While in Canada everyone generally agreed the startup visa was simply about improving entrepreneurship, in the US the initiative became a political issue. And we all know, things don’t usually don’t move forward so long as they’re mired in politics.

Many Americans have made the startup visa a priority, like Canadians did — just not enough of the ones who have the power to make it a reality. With the legislation already out there, foreign entrepreneurs are now stuck in limbo as it sits in the House and the Senate. At this point, they still don’t know whether politics will push it past the finish line or kill it.

In the meantime, they can always apply for a Canadian visa. 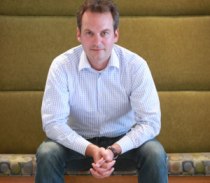 Boris Wertz is one of the top tech early-stage investors in North America and the founding partner of Version One Ventures. His portfolio encompasses over 40 early-stage consumer internet and mobile companies, including GoInstant (acquired by Salesforce), Indiegogo, Top Hat Monocle, Indochino, Summify (acquired by Twitter), Wattpad, Sparkbuy (acquired by Google), Julep, Suite101, Yapta, Chloe & Isabel, Edmodo, and Flurry. Before becoming an investor, Boris was the Chief Operating Officer of AbeBooks.com, which was sold to Amazon in 2008.