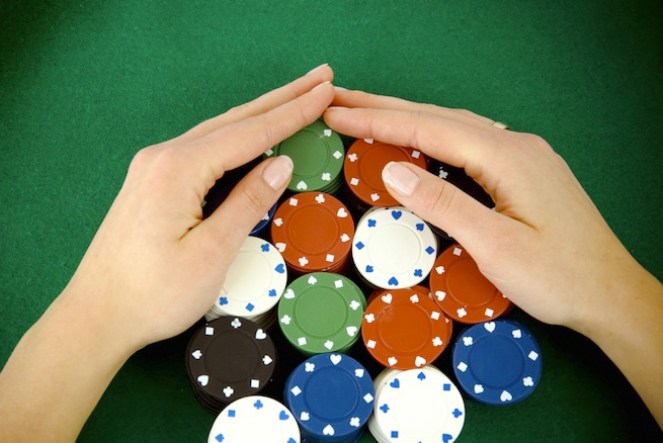 The clock is ticking. Hunched over the computer screen, a backer of a popular crowdfunding site hits the refresh button every few seconds to check whether his latest investment, an online game, has hit its target funding amount.

Does this sound like a healthy dedication to helping entrepreneurs start companies? The experts believe otherwise; they argue that this is an addiction not too dissimilar to Internet poker or online shopping.

“I admit there’s something seductive about Kickstarting a game,” one user confessed on a community forum dedicated to the topic of “Kickstarter addiction.”

Kickstarter is one of a growing number of crowdfunding sites for creative people to showcase their ideas and ask for funding. For gamers and hardware enthusiasts, it is often the only way to get their ideas off the ground. Venture capital funding —  if it comes at all –usually goes to later-stage companies with a full engineering team, distribution strategy, and over a million users.

The site made headlines this summer with a record amount raised for a new gaming console. Equally as fascinating as the Ouya console, which topped a record $8.5 million on Kickstarter, are its 63,000 backers, many of whom frequently pour thousands of dollars into projects that may never see the light of day.

A growing number of people attest to the rush of donating their hard-earned cash to projects on crowdfunding sites, tracking them as companies either develop or crash and burn.

It’s time we took a deep dive into the mentality of the “serial backer”: Are they good-hearted souls who can’t stand to see young visionaries give up, or are they like stockbrokers, making a bet on the companies that can succeed?

And this raises the bigger question: If their addiction is actually helping people, should we try to stop them?

Kickstarter is still a relatively young business, so it has some flaws to fix. It’s still unclear what happens when a developer cancels a project or doesn’t deliver its product on time. Hacker friends have told me they are tempted to launch fake Kickstarter projects — and simply walk away with the cash.

The rights of the people who back Kickstarter companies are also ambiguous, particularly when plans go awry.

According to the site’s Terms of Use, Kickstarter isn’t liable for damages or loss relating to “rewards or any other use of the Service.” It takes a 5 percent cut from any successful project. If a disagreement rises between a project and backer, the official rules stipulate that Kickstarter is not required to intercede.

“Kickstarter is under no obligation to become involved in disputes between any users, or between users and any third party.” (Kickstarter’s Terms of Use)

The media has speculated about what happens if a funded project fails and whether backers receive refunds. Backers are well aware of the risks. Yet, some seem to disregard the risk and pour money into project after project.

Joshua Rogers, who works in quality assurance for an interactive media agency, has backed 32 Kickstarter companies. His pledges range from $10 to over $2,500 across a variety of project types.

“I feel like I’m not a terribly creative person myself, but by enabling others to express their creativity, I might be helping in some small way,” he told me.

Typically, Rogers funds teams from the Chicago area where he lives, such as Arcade Brewery and Nova Cry, or themes he’s interested in, like gaming projects OGRE and Shadowrun. For him, it’s about the all-important personal connection.

This tactic seems to be working. Rogers is one of the lucky ones. He hasn’t been burned by the experience, and only one of the projects he funded didn’t meet its goal. However, he told me that like most of his fellow backers, he’s still “waiting on a lot of deliverables” from projects he has backed in the last six months. (Read more about Kickstarter project delays here.)

For Scott Morrison, who has backed 111 projects and counting in the past six months, it’s about feeling a sense of pride and ownership. “I back projects primarily because the project is for something that I want to possess,” he said. He told me he relishes the feeling of being one small part of a budding company.

Morrison works in the oil and gas industry. He also has a soft spot for the underdogs; teams that are struggling to meet their goal. “The other reason [I fund projects] is because I think the project should exist, and I’m willing to fund it even if it does not directly benefit myself,” Morrison said.

However, note that it’s not just good will. While Kickstarter backers cannot ask for financial returns or equity or solicit loans, they do have early access to products. It may seem like a small gain to you, but it matters in the startup community, where many pride themselves on being early adopters.

With the passage of the Jumpstart Our Business Startups Act (JOBS), the tide may be turning. Although he’s satisfied with the current system, Rogers said that he’s in favor of the idea of trading equity in exchange for crowdfunding. It’s not Kickstarter’s policy, but competitors like Fundable and Founders Club let anyone back a project for as little as $1,000 — and offer a piece of the company in return.

If Kickstarter does revise its policies, these serial backers may have the know-how to pick up the most promising ideas and could be well-positioned to reap the rewards.

“I didn’t sleep until it was finished. I was refreshing too much.”

Gaining early access to new products doesn’t seem like sufficient explanation for the preponderance of people that back dozens of projects.

A Google search for the term “Kickstarter addiction” finds scores of community forums dedicated to the topic. As one anonymous backer posed (and received over a dozen responses):

“[It] feels like I’m checking the Board & Card Games section every day to see what’s new…I can’t be the only one…  Am I?”

“None of the projects that I have backed have so far failed since I backed them,” said Morrison.

Serial backers are always testing themselves on their capability to pick the most successful projects, similarly to placing a bet on the speediest racehorse or greyhound.

Some also experience a rush that comes with watching the total funding amount increase as the clock ticks. Will the project meet its goal? It’s similar to the excitement that you feel when you’re in a heated bidding war on eBay.

“Backing Kinetic Void was quite memorable,” said David Paye, a serial backer from Australia who has funded over 50 Kickstarter projects. “On its final day, it managed to get the 45 percent needed to get it over the line.

“It practically came down to the final hour. I didn’t sleep until it had finished, I was refreshing so much.”

How do you know if you have a problem?

“We have some sense of the power of cyber-technologies to transform our society, but we do not yet have a clue about how they impact the functioning and structure of the human brain,” said Kevin Roberts, an addiction counselor specializing in online behavior.

Roberts, author of Cyber Junkie: Escape the Gaming and Internet Trap, counsels people who are addicted to video games or rely heavily on their smartphones. He provided a list of warning signs to look out for. Ask yourself the following:

Roberts said that research on the subject of cyber-addictions still limited. However, scientists have recently uncovered that compulsive Internet use and video game play exhibit the same “signature” in the brain as other addictions. If you answered “yes” to one or more of the above questions, consider seeking additional help, he said.

The rise of the crowdfunding community

For some backers, it’s not just about chasing a high or the opportunity to do some good. Funding a projects gives them the sense of being part of a budding online community.

In his day job, Paye works for a hardware store in Australia. Backing Kickstarter projects lets him feel connected to the tech scene. He admits he’s “not exactly in the target country” for startups and that he is too “separate from the epicenter to feel connected.” For wannabe entrepreneurs or startup enthusiasts in the scattered corners of the world, crowdfunding offers an escape.

Similarly to many angel investors, Kickstarter backers often tell you they like to get personally involved with their projects, and take an active role in mentoring the teams.

“That’s one of the keys to a successful project,” said Morrison, “The establishment of that connection between creator and backers.”