We learned today that cleaning services startup Homejoy will be shutting down at the end of July. The company was facing funding challenges, and was plagued by four lawsuits over whether Homejoy workers should be classified as contractors or employees.

Lots of startups have similar stories. Couldn’t get funding. Cofounder disagreements. Vision compromised. Bad product-market fit. And on and on.

We spend so much time focusing on new startups and new funding announcements that we sometimes ignore all but the highest-profile startup fails. At least 12 startups ceased operations last quarter, and all but one — Secret — barely made the news. These are their stories.

GuGo described its service as a “group-centric social intelligence platform.” In other words it was a social network that also delivered product deals and local events recommendations. A social bridge between users and brands. Sounds like an awkward mix of things to me, but the core idea wasn’t the problem, according to the founders.

The company cited “cofounder disagreements, couldn’t secure funding” as the reasons for its demise. Actually, one of the founders was tech-savvy, and the other one wasn’t. The tech-savvy founder felt that he was doing all the work yet owned only 50 percent of the company. This situation is described in the blog post How to learn from your mistakes in a tech startup in order to succeed, along with some insightful Dos and Don’ts. 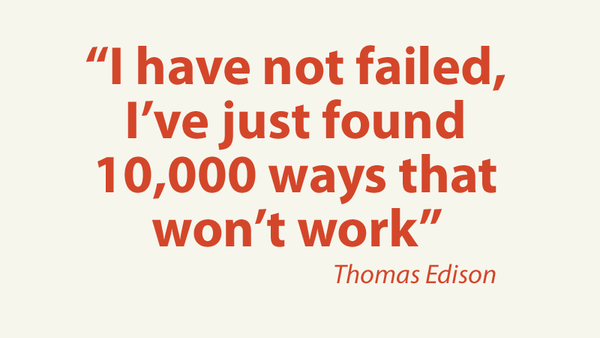 Lumos created smart electrical switches that used machine learning. It wanted the light and appliance switches to learn about the owner’s preferences — an IoT play. The founders said they “overestimated machine learning and underestimated efforts in converting a prototype to fully functional hardware product.” Toward the end the founders panicked and tried to pivot their way out of a crisis, which didn’t work. In the blog 5 Reasons Why My IoT Startup Failed founder Yash Kotak said: “Building a successful startup is hard. Building a hardware startup is 10 times harder.”

Rate My Speech also had a pivot problem. It was a service aimed at helping people improve their public speaking skills. Users could upload their practice speeches, and the community gave feedback on how to improve. But ultimately the service didn’t prove to be a great tool for helping people improve their skills. To have a social site of any kind you have to reach a critical mass of users, and Rate My Speech never got there. “Lack of problem-solution fit, no real team, too much ego,” said the founder Attila Szigeti in a blog post, explaining the reason for the fail.

“There were just too many pivots, no clear direction that [stuck] for more than a couple weeks,” Szigeti said. “The team scattered, we only had a crude prototype but no amazing product, and we couldn’t attract [a] considerable number of users.”

RewardMe was a loyalty platform for restaurants and retailers. The company has a million in the bank, but it didn’t spend wisely and tried to grow too quickly, as founder Jun Loayza explained in a blog post. “Though on paper we had tremendous progress, we brute-forced our growth and never established a stable product or a scalable customer acquisition channel,” Loayza wrote.

UDesign said its app let users “create and buy beautifully patterned women’s clothing from your phone.” Made-to-order clothing ordered through an app. “We didn’t stick to our original vision, and let spending get out of control,” the founders said, describing what went wrong. The company ended up spending lots of money on expensive marketing video and models, and tried to scale up without a solid base of market demand. Actually it’s far more multifaceted than that, and it’s described eloquently in the blog: We went from fashion-tech prodigies to flaming heap of Jichael Meffries-inspired detritus in 1 short, emotional year.

Fastr set out to make a “WhatsApp for customer service,” connecting enterprise customer service reps to customers using a versatile messaging platform. But customer service didn’t turn out to be the best market for the platform, the founders said. It looked good on paper: Here’s the company’s slide deck. Fastr determined that its product wasn’t a fit for big brands. It’s possible that brands balked at the idea of appearing side-by-side with all kinds of other brands in the same mobile messaging app, preferring instead to have their own branded messaging app.

The startup ran what it called the “first app store for Windows PC to make it easy to discover, install, and update PC software.” Well, maybe, but the startup couldn’t get enough funding to keep the doors open, as the founder explains in a blog post called Allmyapps: story of an almost successful French startup. “Even though we eventually failed in our mission to become the #1 App Store for Windows PC, we’ve learned tremendously along the way …,” wrote the CEO, identified as “Thibauld.”

The company described its service as a “Pandora for niche music genres and indie bands.” That’s really all that needs to be said, but here’s how the founder Judith Himango described the reason for the fail: “Failed business model was around customized software builds; it should have been a platform.”

The company simply ran out of cash, said the founder Jeremy Bell in a blog post. Wattage was made to allow the average person to “create customized hardware in the browser.” But the startup’s concept was always a little fuzzy. They wanted to start a whole new market for people who wanted to quickly design and publish hardware. The company itself says plainly why it couldn’t raise money: “Why would investors put large sums of money into a company going after an unproven market? (Hint: they don’t.)”

The site, which officially launched in January 2014, was meant to provide a platform where users could share secrets anonymously. Secret founder David Byttow explained the closure in the company’s final blog post: “Unfortunately, Secret does not represent the vision I had when starting the company, so I believe it’s the right decision for myself, our investors and our team.” Actually, Secret raised a bunch of money from some top-shelf investors, but the app’s popularity peaked after 10 months and then quickly declined.

Bluebird was like Squarespace with open source software and templates. Founder Josh Simmons cited “lack of financial and operational controls paired with inexperienced management” as the reason for the company’s shutdown.

Kolos made what it said was the first steering wheel for iPad driving games. Not a bad idea, but it turns out people simply weren’t interested in it. “Not something people wanted,” said the founder, Bulgaria-based entrepreneur Ivaylo Kalburdzhiev. It’s not too surprising. Next to the sleek and svelte iPad the Kolos wheel is big, black, and bulky. I can’t speak for how well it worked. Kalburdzhiev announced Kolo’s demise in a blog post called “Kolossal failure: 10 lessons I learned from burning through $50,000 on a hardware project that bombed.”

(Special thanks to Autopsy.io for startup fail intelligence.)