For the next five weeks, a group of entrepreneurs are conducting an experiment in living and coworking in a castle about one hour west of Paris.

The goal of the Proof of Concept 21 innovation camp, or POC21, is to “prototype the fossil free, zero waste society.” The organizers have selected 12 teams who will live at the Château de Millemont and work together to develop their projects, which range from low-cost wind turbines to a shower that recycles its own water.

POC21 is a collaboration between France’s OuiShare, a sharing economy organization, and Germany’s Open State, which focuses on finding innovative new ways to reduce people’s impact on the planet.

In launching POC21, members of each group decided that rather than waiting for politicians to endlessly debate actions to reduce emissions, they wanted to work from the grassroots to encourage projects that could have an immediate impact. Indeed, the next United Nations climate summit, UNFCCC COP 21, is scheduled for Paris in December.

“We need to move from protest to prototype,” said Daniel Kruse of Open State. “We were looking at all these climate summits, and people just talk and talk. So we thought we would try a different strategy by working with makers, with people who do stuff instead of just talking about stuff.” 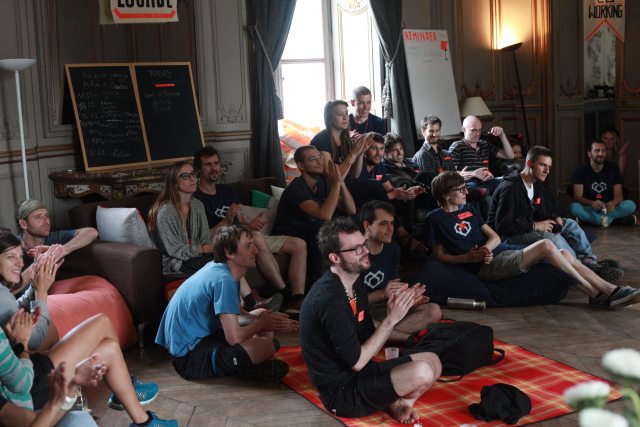 The castle is owned by the Millemont Institute, which focuses on the environment and sustainability. The institute donated use of the castle for the project, which is also being supported by a long list of sponsors.

Now, if living in a castle sounds cushy, there are a few things to keep in mind here. This castle has not been lived in for more than two decades. When the organizers arrived last week, in addition to general clean up, they also had to install electrical systems to part of the castle as well as running water.

Also, while some people are sleeping in the castle, most others are in tents in a temporary village just outside the castle, which seems to be totally fine for most attendees.

And here are two other words for you: composting toilets. In addition to figuring out how to share chores like cooking and cleaning, there is also the task of emptying the toilets out when they get full. Given the backgrounds of participants, there are naturally many composting toilets experts, and thus there have already been long debates about proper use of the toilet (like how to sit on it) and how to make it more efficient.

“This castle is not a hotel,” Swat said.  “It’s a survivalist village.” 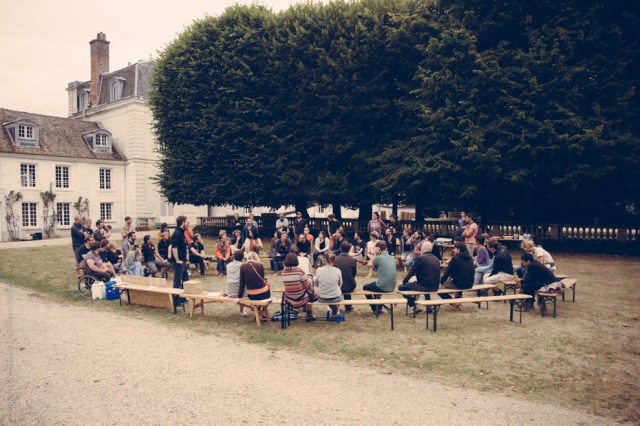 Above: POC21 teams gather outside.

But in some ways, these chores are also part of the bonding experience for the 12 teams that arrived this past weekend. And most of the day is spent on things like meeting with design experts who are brought in to give advice, meeting with business mentors, or building prototypes in the various metal or 3D printing workshops.

The projects were selected after putting out a global call earlier this year, and were vetted through various partners and experts, including some researchers at universities. Each team needed to have some kind of working prototype to be selected.

Now that they’re at POC21, the intention is to question every assumption they’ve made, find ways to work collaboratively to improve the products, and develop a business model that will attract business partners and investors. 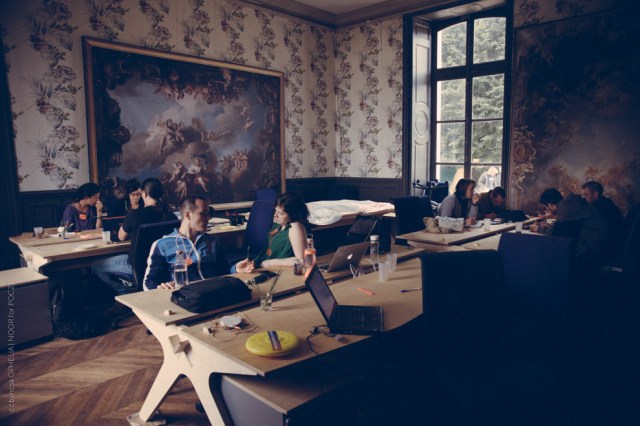 The projects will be shown at an invite-only exhibition in late September where organizers are hoping to connect the teams with potential investors or other companies that could bring the products to market.

Beyond that, they are hoping to demonstrate that collaborative, open-source projects can provide an effective method for creating solutions that will radically reduce the impact people have on the global environment.

“We want to show investors that there is a market here,” Swat said. “And we want to show these makers how to work with consumers. We want to take these type of maker projects from the geek and alternative world and turn it into something sexy and the new normal.”