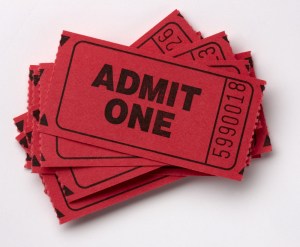 Ticketfly, the online ticketing website, today announced a new infusion of cash: $22 million in the startup’s third round of institutional funding.

The new money comes from SAP Ventures, which led the round. Northgate Capital, Cross Creek Capital, and Series B lead investor Mohr Davidow Ventures also participated. With $15 million in previous rounds, this brings Ticketfly’s total VC bill to $37 million. (And they say girls are bad at math!)

The startup has been on a tear, increasing its internal headcount to 100 souls as of this writing and broadening its affiliate network to 300 partners.

It’s also grown its client base of venues by 65 percent during the first six months of 2012 and adding such illustrious names as The Echo and Spaceland (hipster enclaves in Los Angeles) and the Foam N’ Glow Tour, which is billed as the country’s largest foam party. Think about that for a minute.

“It’s a time of great disruption in the ticketing space, and we’re thrilled to have investors who share our vision: to transform the event ticketing industry,” said Ticketfly CEO Andrew Dreskin in a statement on the funding.

Ticketfly was founded in February 2008 and is based in San Francisco, Calif. The startup claims its team members were responsible for the first-ever online ticket sale in 1995.