Bloomberg BusinessWeek published a huge interview with Apple CEO Tim Cook this morning. It’s 8,000+ words and 11 pages long, but it’s a must-read for those who care about technology, mobile, and Apple.

Here are the best quotes, with some commentary:

“My first day at work I crossed a picket line to get in the building!” Cook told BusinessWeek. Customers were picketing because Steve Jobs has just shut down the Newton … which was Cook’s first introduction to the fanaticism of the average Apple fan. Just having come from Compaq (now part of HP), this is was massive culture shock.

Since then he’s had plenty of occasion to see more of it — getting hundreds of emails a day from Apple fans. 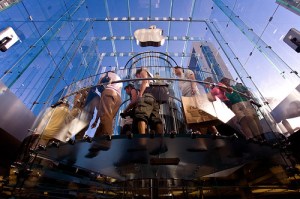 Apple insists on doing only a very few things very well, Tim Cook said. The “few” part contrasts strongly with Apple’s biggest competitor, Samsung, which offers 26 models of smartphones alone, never mind feature phones. The “very well” part of course, is a matter of opinion that depends largely on whether you are a Samsung/Android fan or an Apple/iOS fan.

One thing is true: it’s hard to argue with Samsung’s results.

“Creativity is not a process.”

Creativity is core to Apple’s innovation, but it’s not a process, Cook says … adding with a smile that any company with a VP of innovation is surely doomed. Innovation is not any one person’s responsibility, it’s everyone’s, Cook told BusinessWeek.

Apple has always had fewer people and spent less on innovation than Microsoft or other tech giants. (Lately, of course, the company’s head count has soared to at least 50,000 in the U.S. alone, but half of them are retail store employees.)

The secret sauce is being smaller, not bigger, Cook said. Which is what startups tell themselves every day, and there’s a lot of truth to it: smaller teams are flexible and fast, compared to giant teams of hundreds of developers. 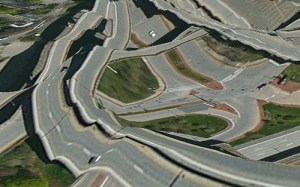 On killing Google Maps not being about corporate strategy

“The reason we did Maps is we looked at this, and we said, ‘What does the customer want? What would be great for the customer?'”

Taking Google Maps off the iPhone and replacing it with Apple’s own Maps app has widely been viewed as a strategy-driven decision to get Apple’s chief competitor off Apple’s core platform. Cook disagreed, saying the goal all along with turn-by-turn directions, and a better overall map experience.

Cook did say, however, that Apple had a “huge plan” to get Maps fixed.

On the endless Android lawsuits

“I hate litigation. I absolutely hate it.”

That’s good to hear, because I think the tech world in general and savvy consumers in particular are annoyed and fed up with continued news of multiple lawsuits all around the world. And Apple has buried the hatchet with at least one Android vendor, HTC.

But there’s no sign of peace between Cupertino and Korea yet, as Samsung has said it won’t pay royalties even as it asks to see what kind of agreement HTC and Apple signed.

“More so than any person I ever met in my life, he had the ability to change his mind.”

Cook obviously misses Jobs still, telling BusinessWeek that he thinks of him every day. One thing he admired? Jobs’ ability to not get mired in dogmatism, but be able to change his mind.