Cambrios Technologies is announcing today that it has hired John LeMoncheck as its new chief executive and raised $5 million in a fourth round of funding from strategic investor Samsung Venture Investment.

The Sunnyvale, Calif.,-based company uses nanotechnology to create a thin transparent film that can conduct electricity. The film turns out to be ideal for adding touchscreen capability to any kind of display, from a smartphone to a big flat-panel TV. It has the dual benefit of being able to conduct well and be transparent at the same time. 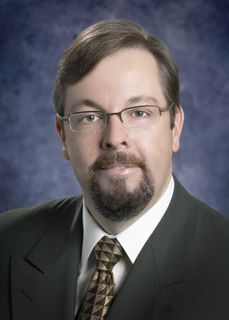 LeMoncheck (pictured) said in an interview that his jobs is to help the company develop the sales and marketing chops to sell its solution across a variety of industries.

Michael Knapp, founding president and CEO of Cambrios, will become chairman. The goal of both investment and the new CEO is to accelerate product introductions and commercial growth in the consumer electronics markets. LeMoncheck was previously CEO of SiBEAM, a pioneer in 60-gigahertz wireless networking chips. He sold that company to Silicon Image last year for $25 million. That wasn’t the highest price, but it was the right destination company for the technology and it underscored how tough it is to get new semiconductor companies off the ground, LeMoncheck said.

By contrast, LeMoncheck believes that Cambrios has a unique opportunity to capitalize on its transparent conductor technology in touch, display, solar, and lighting markets.

The technology has interesting roots. It was born from a collaboration of Angela Belcher, a chemistry researcher at the Massachusetts Institute of Technology, and Evelyn Hu of the University of California at Santa Barbara. Belcher saw how abalone and other sea creatures used proteins to build orderly, inorganic films based on calcium and silicon. She found proteins that would do the same with inorganic materials that had industrial applications. They found materials that would self-assemble themselves into thin layers of film.

In 2002, Hu and Belcher created Cambrios and got their first round of funding, $1.8 million, in 2003. They recruited Knapp and raised a second round of $12 million in 2005. The investors included In-Q-Tel, the investment arm of the Central Intelligence Agency.

“John’s successful track record of collaborating with customers and developing essential industry-wide partnerships makes him the ideal candidate to lead and help cultivate new relationships for Cambrios,” said Leighton Read, current board member and a partner at Alloy Ventures, an investor in Cambrios.

The Samsung investment will help the company launch the ClearOhm materials, which include a silver-like material that can be sprayed like an ink onto a clear film, creating a web of microscopic wires on the film that can be used to conduct electricity and thereby form the basis for a touchscreen. The coating of ClearOhm works a lot better than the existing solution of indium tin oxide, Lemoncheck said. It results in a much more transparent display that is good at conducting electricity; normally, there’s a trade-off between conductivity and transparency.

Dong Su Kim, investmet director at Samsung Ventures America, said that Cambrios leads the market with the development of this kind of material using nanotechnology.

“We started out with a film, but we did that to seed the market,” LeMoncheck said. “Now we are increasingly selling the ink for that film.”

The ink business is a lot less capital-intensive than the film business, he said.

The first device to use the new displays were a smartphone from China’s Huawei Technologies last year. That device proved the technology and sold in the hundreds of thousands. Synaptics partnered with Cambrios on the technology.The technology can also be used for electro-magnetic shielding for displays, helping them handle touch operations more accurately.

The indium tin oxide market was about $2.5 billion last year, according to LeMoncheck. Cambrios has 43 employees. The film is sold by the square meter and the ink is sold by the bucket, LeMoncheck said.