TripleLift, an ad-tech startup riding the native advertising wave, just raised a $4 million round of funding.

That said, numerous companies are also trying to solve the scaling problem of native ads, including Outbrain, Polar, and Sharethough, which means TripleLift faces a lot of competition.

We’ll get into what that means, but first, let’s talk about native ads.

Pictured below, TripleLift’s native ads can sneak up on you, and are difficult to spot, despite the fact that the company includes disclosures that they are sponsored. 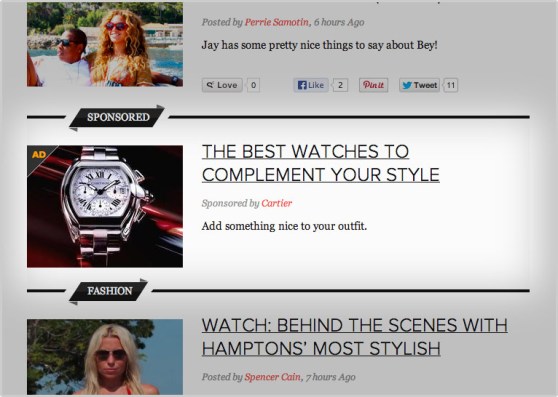 The Silicon Valley-based company’s goal is make it so advertisers and publishers don’t have to fuss with ad unit sizes and site-specific banner ad designs. The company is also trying to automate the tedious process of connecting advertisers with native ad spots. Currently, TripleLift does this by scraping the sites of its publishers, a process which Berry tells us does not involve much manual tweaking.

While hype over the native advertising trend may eventually die down, TripleLift’s move to build an ad exchange around flexible ad units has seen early success. The company currently claims Gap, General Mills, Kohler, and Nissan as customers.