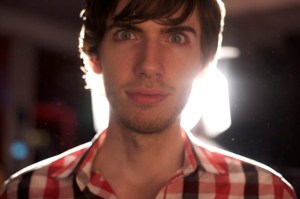 Popular blogging startup Tumblr is close to raising between $75 and $100 million, with an incredible $800 million valuation, says the Wall Street Journal.

Tumblr’s blogging platform emphasizes its ease of use and now hosts more than 27 million blogs. Fashion and photography blogs are especially popular on the site because it pushes strong visuals. A reported 20 percent of Tumblr blogs are related to fashion.

Silicon Valley venture firm Greylock Partners, which has also participated in rounds with Facebook, Groupon and Airbnb, was named as a new investor.

Both Greylock and Tumblr did not immediately return requests for comment on this story.

New York-based Tumblr has been growing steadily since the beginning of the year, even though it has had trouble finding ways to generate revenues. In December the company has 16 employees; it now has around 50. comScore says Tumblr had 13.4 million unique U.S. visitors in July, which is up considerably from 6.7 million in December.

Tumblr last raised $30 million back in December 2010, with funding coming from Sequoia Capital, Union Square Ventures and Spark Capital. The company has raised about $40.2 million total, not including the new funding that’s about to close.

Are you a fan of Tumblr? What do you think the company can do to monetize?

Note: Business Insider reported earlier in the week that Tumblr was in the process of raising a new round of funding.