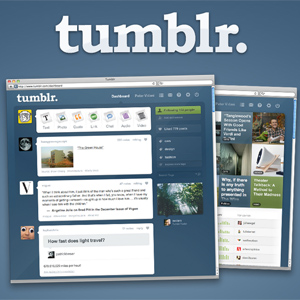 Popular blogging service Tumblr has raised a fresh $85 million round of funding. Hopefully, the company will use this infusion to find more ways to make money.

Tumblr has seen some impressive page view growth. But even with the growth, the company has struggled to generate revenues.

The company itself has been growing as well. In December, it had 16 employees and it now has around 50.

News of the new funding has been floating around the web since late August, but has only been confirmed today. The round was led by Greylock Partners and Insight Venture Partners. Richard Branson, Sequoia Capital, Chernin Group, Spark Capital and Union Square Ventures also participated.

Tumblr last raised $30 million back in December 2010, with funding coming from Sequoia Capital, Union Square Ventures and Spark Capital. The company has raised about $125 million total, including the new funding.

Are you a fan of Tumblr and its blogs?