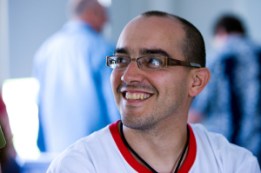 “We’re giving access to some of the best angels in Silicon Valley,” Twilio chief executive Jeff Lawson told VentureBeat. “Getting a seed investment from Ron Conway and Dave McClure speaks a lot and gets entrepreneurs up and running.”

Finding funding in Silicon Valley can be difficult given the number of startups on the same search in such a small radius. Twilio wanted to call out the developers who were smart and business savvy enough to run their own companies on top of its platform.

This year’s round will be particularly enticing for startups, because any funding given by McClure will be matched equally by Conway. For example, if McClure invests $50,000, the company will receive a total of $100,000 with Conway’s involvement. The fund caps at $250,000 and will be distributed by the discretion of the investors.

“I think the Twilio platform continues to grow bigger and bigger,” McClure told VentureBeat. “We see [Twilio] being one of the more interesting platforms for developers.”

This is not the first Twilio Fund to be announced. Lawson explained the first fund came about last year when he saw a tweet from McClure saying he had invested in his fourth Twilio-based startup that day. Lawson approached McClure and suggested a dedicated fund. Thus far, the first fund has invested in 10 startups and is continuing the search as six more startups pitch for funding at the Twilio Conference this week.

“We found some great companies the first time around and I’m hoping we find some more,” said McClure. 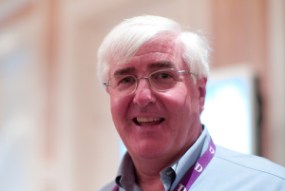 McClure was inspired by three past Twilio fund investments to start the second fund: employment tool Proven, customer relationship manager Volta, and automated sales caller FastCall411.  McClure was also impressed with GroupMe, which wasn’t in the fund, but was recently purchased by Skype based on the strength of its group messaging capabilities.

McClure explained not all chosen companies will enter his incubator 500 Startups, but he welcomes them.

McClure also readily welcomes Ron Conway to the fund. “I’m really happy to have Ron and SV Angel on board. They’ve also been pretty aggressive and innovative in going after some early stage companies,” he said. “Ron has been around the industry for 15-20 years. I have tremendous respect for him.”

According to Lawson, McClure has led the charge on the past Twilio fund and was very elemental in decision-making.