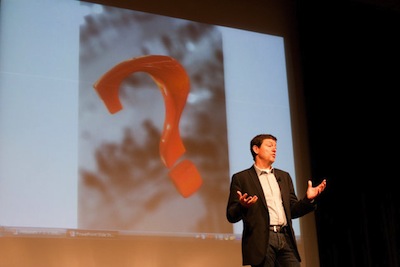 Union Square Ventures, the New York City firm that was an early investor in Twitter, is raising a new $200 million fund, according to a filing with the Securities and Exchange Commission.

It looks like Fortune’s Dan Primack was the first to report on the filing, which shows that Union Square has raised $135 million for the fund so far. According to one of Primack’s sources, this fund is targeted at later-stage investments in more mature companies, an idea backed up by the fact that John Buttrick, formerly of private equity firm LiveWire Ventures, is listed as a new partner. (Union Square partner Fred Wilson declined to comment since the firm hasn’t finished raising the money.)

If it’s a later-stage fund, it’s a relatively small one, not much larger than the firm’s $156 million second (early-stage) fund. For example, Kleiner Perkins Caufield & Byers has set aside $250 million just to invest in social networking startups through its sFund, and is reportedly raising more than $1 billion across various funds.

Wilson seemed to address the issue earlier this month, in a blog post that was published the same day that Twitter’s new $200 million round led by Kleiner Perkins was revealed, along with the $3.7 billion valuation. Union Square sat out the new round, as it had the round before, and while Wilson didn’t address the Twitter deal explicitly, he complained about firms that are so eager to own a big sizable stake in a company that they’ll increase their investment size as the valuation gets driven up.

This practice, Wilson said, is a result of firms investing “large funds of other people’s money.” He added:

Our firm could raise more money if we wanted it and needed it. But I think raising larger funds will ultimately lower the returns we can deliver to our investors and we have resisted doing that.