Journalists and public relations (PR) individuals have always enjoyed a bit of a love-hate relationship. Endless exchanges of emails, embargo times changing, image requests, and more can lead to frustrations, especially when the news is time-sensitive.

Upbeat is trying to tackle this by offering a cloud-based PR service that turns the standard Word.doc press release into a sexier, more interactive display. The team announced a $1.5 million seed round today from investors that include Draper Associates, Kleiner Perkins Caufield & Byers, SV Angel, 500 Startups, and Y Combinator.

Interested customers, be they startups or more established companies, sign up on the Upbeat website, after which the Upbeat team vets their credibility and evaluates the story’s uniqueness and timeliness.

“We’re getting more sophisticated,” wrote Upbeat cofounder and CEO Ricky Yean, in an email to VentureBeat. “The vetting does make a difference in terms of helping journalists trust that there’s a standard of quality in our pitches. That is very important to us.” And that’s basically where Upbeat stands out from the rest of the PR crowd — by prioritizing the journalist, not the customer.

Once the vetting process is over, one of the team’s media strategists interviews the customer to get a comprehensive view of the news to be announced. A link is then created with the Q&A, images, logos, company information, and more, and sent to the journalists. There is also a live chat on the page to bypass the standard email exchange. 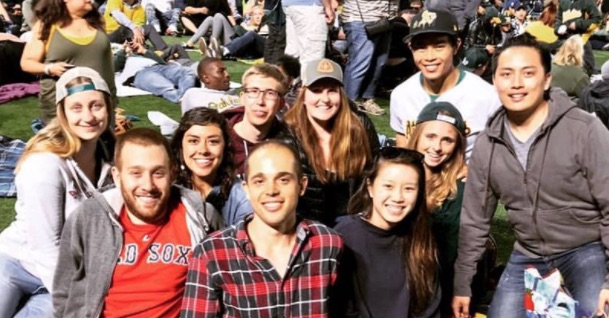 Having been pitched through Upbeat for stories like LawTrades’ TATS and YC’s KidPass, I can say that the process has been very smooth and enjoyable. Here is an example of their media kit for this announcement.

Customers pay $800 for the first campaign and an annual membership and then $500 for each subsequent campaign. This compares to traditional PR firms that charge retainers ranging between $5,000 and $20,000 per month, depending on the company size. Quite a difference when you’re trying hard not to burn cash as a startup.

Yean claims Upbeat has worked with more than 300 companies since launching in late 2015, including the ones mentioned above. And from Dropbox engineers wanting to pitch their Pokémon Go-playing bot to a developer behind an open-source project called Quill, the customer range is expanding.

Yean and his cofounder, David Tran, both Stanford graduates, initially launched a startup called Crowdbooster out of Y Combinator’s Summer 2010 batch to help companies build an audience around their stories, using social media.

“What was often missing is compelling stories to tell,” wrote Yean. “And so we started looking into PR as a way to solve that problem, because PR is often the first stop for people with stories to tell.” And so the startup pivoted in 2015 to become PRX, renamed Upbeat, which launched out of beta today.

The seed round will be used to build a media database and launch the first public version of the PR platform. “We’re also just getting started building tools for journalists,” Yean wrote.

Other investors who participated in this round include Maverick Capital, Firstrock Capital, UpHonest Capital, Quest Venture Partners, Stanford-StartX Fund, and several angel investors, including former journalists Esther Dyson and Philip Kaplan. This is a long list of investors for a $1.5 million seed round, which proves how attractive the YC brand continues to be.

Based in San Francisco, Upbeat currently has nine employees.