Venture capital and private equity investments are outperforming the S&P 500, according to Steve Kaplan, an economist from the University of Chicago. Kaplan recently did a study to measure returns on the two asset classes compared to the S&P 500 over 10 years (2003–2013).

Common methods for measuring fund performance are Annualized IRR and Multiple of Invested Capital (MOIC), both of which have their drawbacks since they don’t control for market movements. So Kaplan and MIT economist Antoinette Schoar designed a method called the Kaplan Schoar Public Market Equivalent, aka KS-PME). The KS-PME is more of a market-adjusted multiple so you can understand how the funds are doing compared to S&P 500. 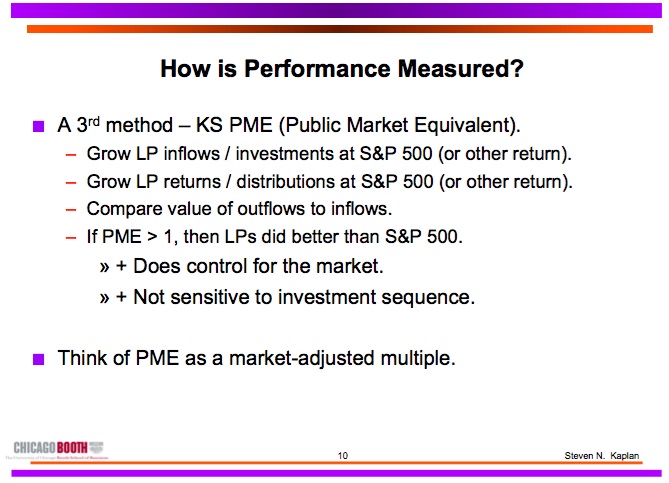 Above: How the KS-PME works.

So how have the VC funds performed? 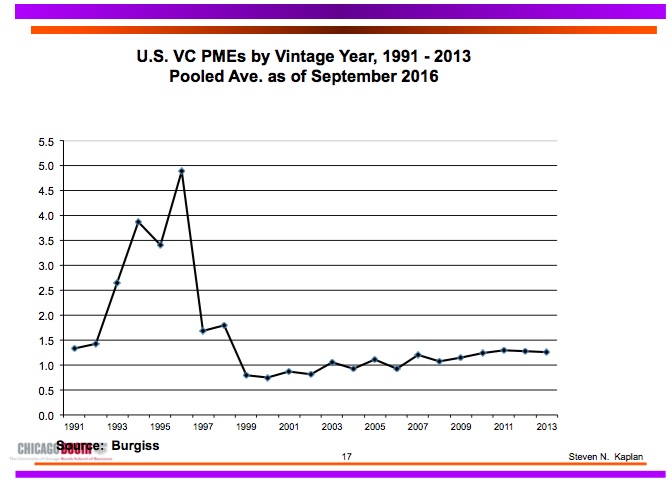 Above: VC performance 1.2 means 20 percent better over life of fund.

And how has PE done relative to VC in the same 10 years? 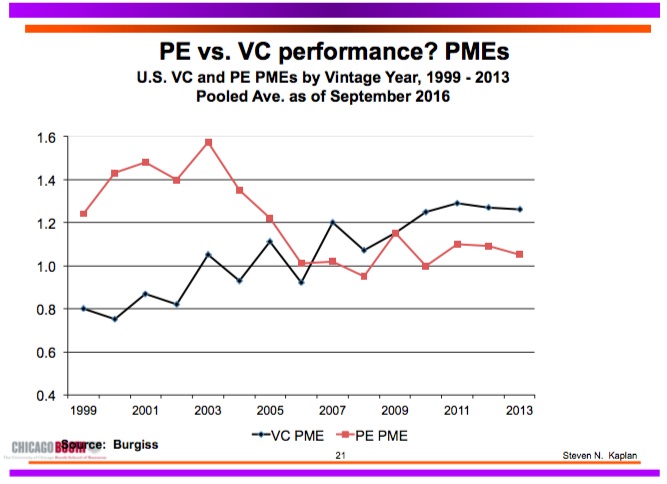 Above: VC has been performing better than PE since 2006.

Why? Hasn’t PE done better than VC in recent years?

The answer is that performance in VC and PE is significantly negatively related to fundraising.

While VC fundraising activity increased in 2016 but not to crazy levels like in 1999–2000, PE activity  has been close to all-time highs for the last five years, so relatively more capital has gone into PE than into VC, which might explain the large deals sizes and high valuations in the later stages. 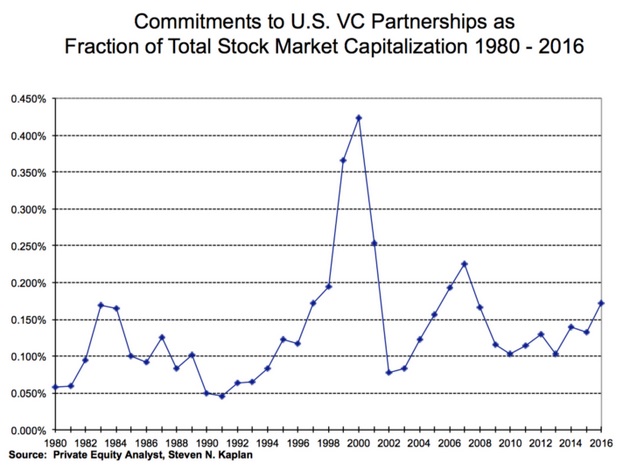 Above: VC commitment is currently close to 15 percent of the commitment in the stock market 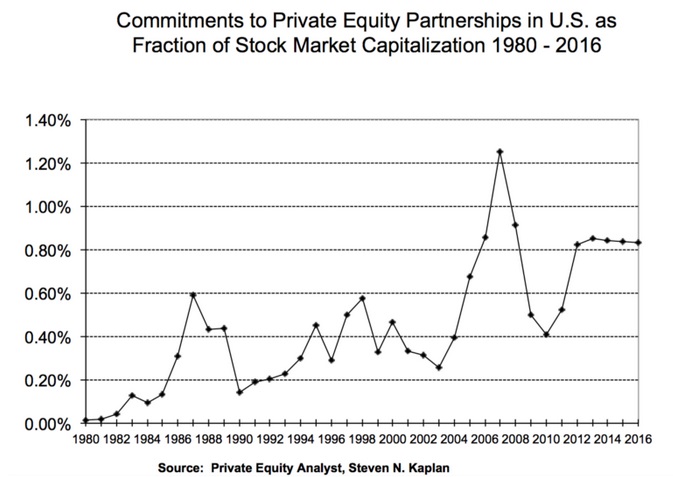 Going forward how is the outlook for VC funds?

Here are the conclusions from Kaplan:

Thanks to Steve Kaplan for helping me put this article together and letting me use his findings. Here is the complete presentation.

PS :  KS-PME is being used by the likes of Calpers to measure fund performance: 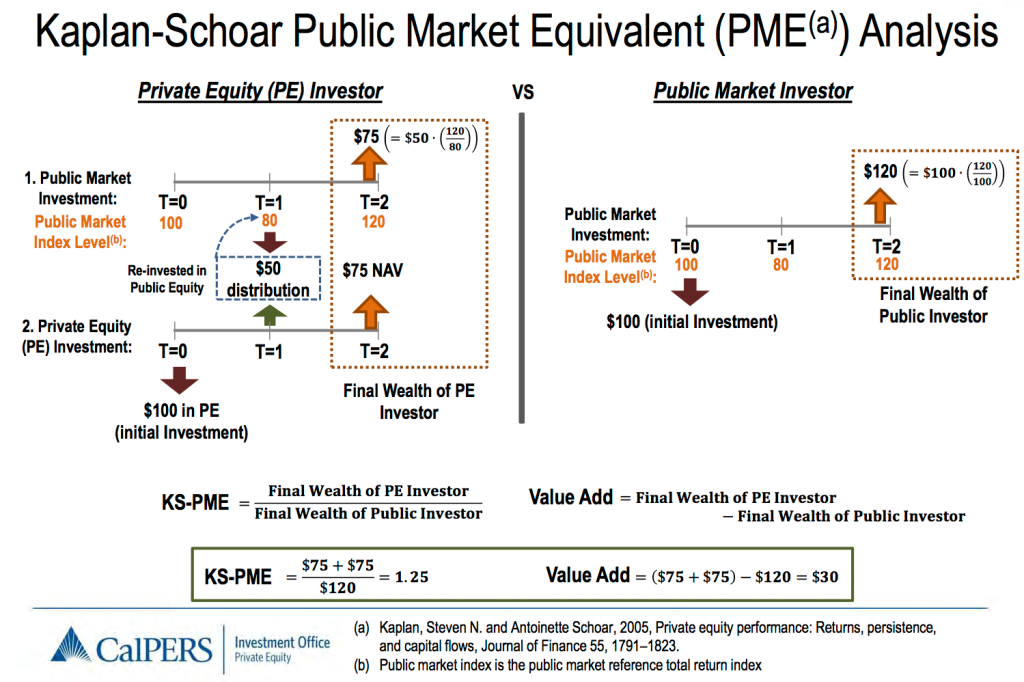 Shruti Gandhi  is a managing partner at Array Ventures investing in deep tech verticals such as AI/ML, big data, security, and AR founded by “agitated” entrepreneurs that are working hard to reinvent enterprise solutions. She was previously with True Ventures, Samsung’s Early Stage Investment Fund and had three successful exits. Follow her on Twitter @atShruti.