As a Venture Partner at XSeed Capital, sitting on the other side of the table from bright entrepreneurs with really intriguing ideas is a lot of fun for me. But, I’ve also been the one raising rounds for my startups. Here are some tips that have become a lot more obvious and important to me, now that I’ve seen hundreds of presentations:

First, put the details on the table

As one of our executives-in-residence says, “Tell me in your first minute how much you’re raising, how much you have committed, and what you’re going to do with the money.” That may seem to an entrepreneur like a detail for later in the presentation, but you’re pitching people whose job it is to put their Limited Partners’ money to work. They see far more deals than they fund. They care about the details of this round a lot. This is a simple, quick way for you to put yourself ahead of most presenters while establishing empathy and respect with your audience.

Second, talk about your team

Tell me about your team and what you’ve done before. Again, as an entrepreneur, it seems counterintuitive not to go straight to your great idea first. But, the vast majority of startups pivot their product or market focus at some point in the lifecycle of the company. What usually doesn’t pivot is the team. My first startup was founded to take extremely advanced digital signal processing (DSP) algorithms to build an access concentrator that could speak any kind of broadband technology and sell it to carriers. After some concentrated market investigation, that exact same team pivoted to being a home networking chip company which exited for half a billion dollars in less than four years from its founding. Same team, different market, product, and business model. Team matters a lot.

Third, let’s dig into your market

Now, tell me about the market you’re going after. I want to know why you think it is big, and not just that you can quote some market research firm with up-and-to-the-right charts. I want to know why you think the existing players are out of position and why it is going to be hard for them to respond to your actions. I want to know just how bad the pain is for your potential customers, and why you have developed a “got to have” and not a “nice to have” product. I want to hear your thoughts about pricing and business model, and why this gives your company an unfair advantage against the incumbents. Finally, I want to hear why the market you’re selling to has a history of buying new products or services from startups, because selling to slow-changing markets isn’t much different than going on a long, painful death march. No one wants either to fund or run one of those companies.

You’ll notice that there’s a subtext to these three points. Yes, I want to know your answers to these questions, but just as importantly, I want to learn about how you think and how much you know, as well as what you believe. After all, if you become part of the portfolio, you’re going to spend a lot of time with the funding team. Are you someone who is looking to improve your market and competitive understanding, or are you trying to defend your current understanding against all comers? Have you talked to a lot of potential prospects and gotten into the weeds about how your idea fits into their world, or are you at the leap of faith stage? How do you react when a key hypothesis for you is proven incorrect? All of these things tell an investor a lot about what the ride is going to be like with you. Team matters a lot – and the CEO matters most of all.

Finally, remember what your goal is for the first meeting. It should be to get a second meeting and soon.

Which means not trying to tell your whole story in 45 minutes. You want to walk out of that first meeting with the partners thinking that they really like you and that your startup has a big market opportunity.

Don’t try to tell the whole story in the first meeting. But do make sure to cover the first three points above if you want a quick call back.

My colleague, Rob Siegel wrote a blog in May that also touches on this topic and is well worth reading. 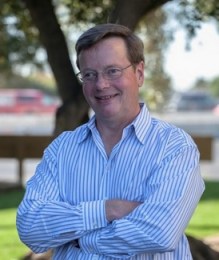