I’m a VC at Russia’s government-backed startup community Skolkovo, where I focus on spacetech and drones. So I’ve been watching the global surge in spacetech investments closely. And what’s clear is that we’ve entered a virtuous cycle in spacetech, where VCs are encouraged enough by a handful of successes to invest further in the sector, and, as a result, we’re seeing more startups emerge to produce more successes.

The surge began last year, as you can see in the chart below. 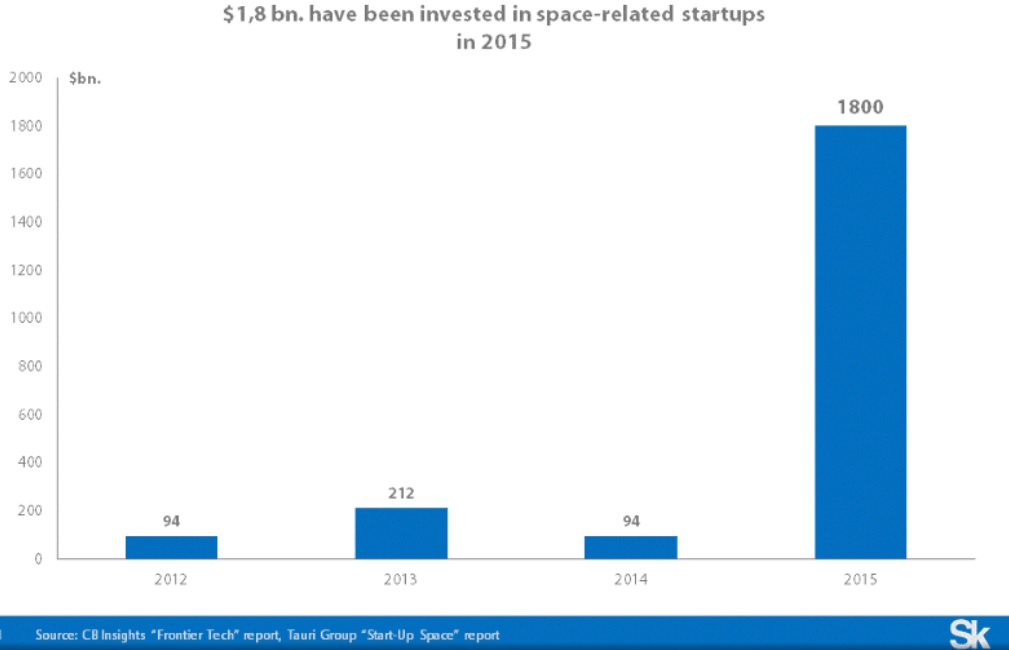 According to CB Insights’ 2015 Frontier Tech report and Tauri Group’s 2016 Start-up Space report, VC investments in spacetech are skyrocketing: 2015 funding of space-related startups more than doubled the funding for all previous years combined. In 2015, spacetech startups drew in a record-breaking $1.8 billion in funding. Compare that with $686 million invested in AR/VR and $450 million drones. Only Internet-of-Things startups pulled in more, drawing $2 billion.

SpaceX investor Steve Jurvetson summed up the reasoning behind this surge in an interview with Fortune last year: “Compared to other industries, I have never seen such an enormous margin for improvement. There’s this canonical thing about a startup needing to pitch a 10X improvement to be a worthwhile investment. You rarely see an entrepreneur pitch a 100X improvement. But in space we’ve seen 1,000X, and really we’ve seen 10,000X.”

Companies like SpaceX and Rocket Lab have significantly reduced the cost to access orbit. And developments in electronics have enabled companies to build satellites — like Planet Labs’ cubesats, for example — that are 100x cheaper than their predecessors by using off-the-shelf components (similar to ones in our smartphones). These satellites make it possible to gather huge amount of data on what’s happening on Earth almost in real-time and build various services on top of this data, which can be a very interesting investment opportunity.

And some of the top-tier Silicon Valley VCs are placing bets. Orbital Insight, for example, raised a $20 million Series B round just a couple of weeks ago. The company combines deep learning and satellite imagery to provide insights into worldwide economic trends and global processes for a variety of customers, from asset management firms to non-profit organizations, such as the World Bank. Sequoia Capital, GV, Lux Capital, and Bloomberg Beta invested. AI can be applied to satellite imagery to predict a retailer’s profits before its quarterly report is published by counting cars in its parking lots, for example, as shown below. It could also forecast crop yields on a global scale. 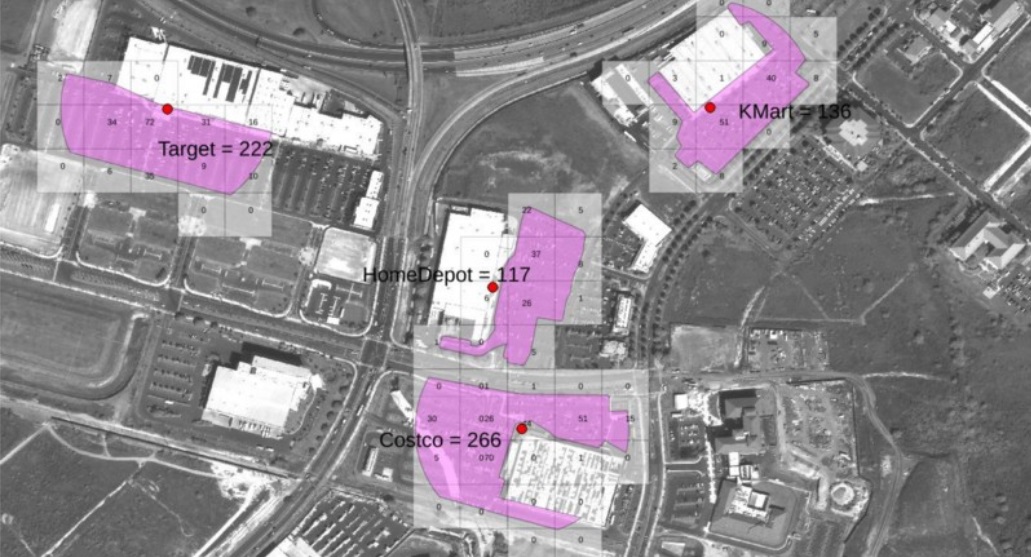 Another interesting startup that recently raised funding is BlackSky. Just a few days before Orbital’s raise, Spaceflight Industries — BlackSky’s parent company — raised a $25 million Series B led by Mithril Capital, with previous investors RRE Ventures and Vulcan Capital joining the round. BlackSky plans to launch a constellation of 60 remote sensing satellites with sub-meter resolution that will pass over major economic areas and large cities up to 70 times a day. Moreover, BlackSky is disrupting the way satellite imagery is distributed with the acquisition of a startup called OpenWhere, whose web-based platform allows customer to purchase and work with the imagery via Internet or even a mobile phone.

Most of the startups succeeding in this sector at the moment are US-based, however, there are some very interesting companies in Japan and Europe. Startups worth watching in Japan include Astroscale (which is developing space debris technology and has raised $42.7 million) and AxelSpace (a commercial microsatellite maker and satellite imagery provider that has raised $16.05 million). In Europe, Iceye (which has raised $2.8 million to deploy a satellite constellation equipped with unique radar sensors) and Swiss Space Systems (which is developing a suborbital space system to launch small satellites) are showing a lot of promise.

Also, here in Russia’s Skolkovo community, we’re seeing an emerging aerospace startup ecosystem. Our Space and Telecommunications Cluster is involved in building the spacetech community both in Russia and all over the world. We’ve been working closely with several very interesting international startups, including  AeroState, which provides small-scale operational forecasts of air quality worldwide for through a web API, and OpenWeatherMap, which applies big data technologies to spatial data and creates APIs for its weather and satellite data.

There’s no doubt that spacetech is one of the most rapidly developing tech ecosystems at the moment, and I expect a lot of great companies to emerge over the next few years (some unicorns probably!) that will change the way we think about space and how space-related products can be applied on Earth.

Stay tuned. It’s going to be an interesting ride!

[Editor’s note: This story was update on 7/19/2016 to make it clear that BlackSky parent Spaceflight Industries made the fundraise rather than BlackSky.]