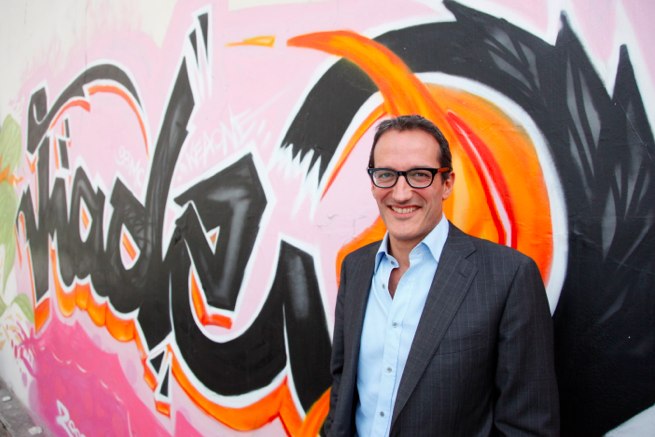 Proving that second place doesn’t always equate to being the first loser, the world’s number two social network for professionals, Viadeo, (LinkedIn is number one), is getting $32 million in fresh financing.

The $32 million round, Viadeo’s fourth institutional round, was pooled from the French Sovereign Wealth Fund, the Fonds Stratégique d’Investissement, existing shareholders, and a crop of new investors. The Paris-based company will use this stockpile to push deeper into China as well expand its presence in Russia, India, and Africa.

“We are a really local player with huge momentum and traction,” chief strategy and development officer Olivier Fecherolle told VentureBeat. “We think now is the moment to invest in China.”

Founded in 2004, Viadeo targets non-English-speaking businesspeople and has swelled to 45 million members across the globe, with an especially dominant presence in Europe, Latin America, and China. Viadeo is profitable and currently adds about 1 million new members to its service each month, the company said.

In China, Viadeo operates Tianji, the top professional network of that country (fun fact: CEO Dan Serfaty moved to Beijing in September). The localized Viadeo offshoot has 10 million members and is adding 500,000 new members each month, said Fecherolle. “In China, it’s our market to lose.”

LinkedIn, for comparison, has more than 150 million members, albeit with a small presence in China. The company went public nearly a year ago in a successful initial offering and is now valued at $10 billion.

Just as LinkedIn was making its public debut, Viadeo shelved its own plans for an offering. At the time, Serfaty told Reuters that, despite frothy levels of interest from investors and bankers, the company wanted to focus on growing the business.

Nearly 12 months later, Viadeo’s plans to go public remain on the distant horizon. Fecherolle referred to the $32 million round as pre-IPO financing and said that a public offering is still a target, just likely one that is several months out. Profitable since September 2009, the company makes or 50 percent of its revenue from premium accounts, earns 30 percent from hiring and recruiting tools, and brings in 20 percent from targeted advertising.

Viadeo, which employees 400 people across offices in Europe, China, India, Africa, Mexico, China, and Russia, has raised more than $52 million in funding to date.