Startup Vivid Vision said today it has raised $2.2 million in a seed round to build VR tools that could be used to treat eye problems known as “lazy eye.”

The company’s VR treatment for binocular vision disorders is now available at more than 90 clinics across the world. More than 10 percent of Americans suffer from one or more binocular vision disorders, such as amblyopia, strabismus, or convergence insufficiency. These disorders, commonly known as “lazy eye” and “crossed eyes,” can cause issues with driving and playing sports, and can even limit career choices.

They also greatly impact one’s quality of life — even getting in the way of personal relationships and sometimes leading to social stigma. 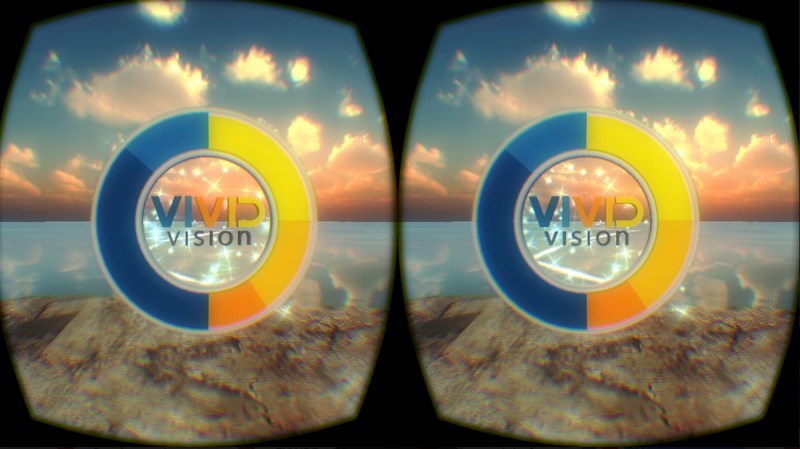 Founded in 2014, Vivid Vision is a medical technology company applying virtual reality to the field of vision care. Its founder and CEO, James Blaha, a programmer and lifelong sufferer of lazy eye, started the company after experimenting on himself. Before building the first prototype, Blaha couldn’t read with his weak eye or see in 3D.

Since then, the vision in Blaha’s weak eye has improved to nearly 20/20. His experiments gathered worldwide attention, and Vivid Vision launched its clinical vision therapy suite in late 2015 for optometrists and ophthalmologists.

Since then, the 90 clinics using it have treated more than 6,000 patients. On average, treatment lasts eight months, with patients coming one or two times a week to use the VR system.

“It is a unique, far more efficient solution to treat Amblyopia, as well as a wide array of binocular vision dysfunction,” said Dan Fortenbacher, founder of Wow Vision Therapy, which has two locations in Michigan. “The progress the patient makes in breaking through suppression and developing 3D vision has been remarkable with Vivid Vision.”

Wow Vision was one of the first practices to use virtual reality in a clinical setting. Vivid Vision will use this new round of funding to expand and accelerate its vision care platform.

Although the treatment is currently only available in clinics under the supervision of a trained eye care professional, the company is releasing its home version of the treatment, Vivid Vision Home, later this year. Vivid Vision Home runs on both desktop and mobile VR platforms and will require a prescription from an eye doctor.

“Vivid Vision Home will make vision therapy accessible to millions of new patients for whom treatment was previously too expensive or inconvenient,” said Blaha, in a statement. “We’re really fortunate to be partnered with the best optometrists, ophthalmologists, and vision scientists to make this a reality.”

Ubisoft has also been working on a VR game to address lazy eye.