Cloud software maker VMware this morning announced its intent to acquire AirWatch, a mobile device management and security provider for enterprises. VMware has agreed to pay $1.17 billion in cash and another $365 million in installment payments and unvested stock options.

The acquisition will give VMware, which sells virtualization software, one of the most highly regarded enterprise mobility solutions. Mobile device management is an increasingly hot sector as more smartphones and tablets show up inside the enterprise, creating more opportunities for compliance breaches and another avenue for cyber attacks.

Founded in 2003, AirWatch currently has over 10,000 customers and 1,600 employees. Chief executive John Marshall will continue to lead the Atlanta, Georgia-based company, which will become part of VMware’s end-user computing group.

“The acquisition of AirWatch extends VMware’s proposition from data-center to device, and strongly positions us for the Mobile-Cloud era,” wrote Sanjay Poonen, general manager of end-user computing at VMware, in a blog post about the AirWatch buy.

The AirWatch buy brings VMware into line with Citrix, which has a well regarded mobility solution in addition to its desktop virtualization offerings. AirWatch, MobileIron, and Citrix are the highest-rated companies on Gartner’s “magic quadrant” for mobile device management. IBM is also interested in the space, as demonstrated by its Fiberlink buy late last year.

“AirWatch brings multiple technologies — some directly competing with VMWare — and many partnerships that VMWare will be able to leverage,” said analyst Jack Gold, who expects further enterprise mobility market consolidation. “However, it will be a challenge for VMWare to integrate the AirWatch technology with its own, as is the case with any technology acquisition into an existing base.”

For VMware, which is majority-owned by storage giant EMC, AirWatch is its second billion-dollar acquisition in the last 18 months. In late 2012, it bought Nicira, a software-defined networking company.

The AirWatch acquisition is expected to close late in the first quarter, according to a statement from VMware. AirWatch raised $225 million in funding last year from Insight Venture Partners and Accel Partners.

VMware also announced its preliminary fourth quarter financial results. It expects revenues of $1.48 billion, a 15 percent increase from the fourth quarter of 2012. 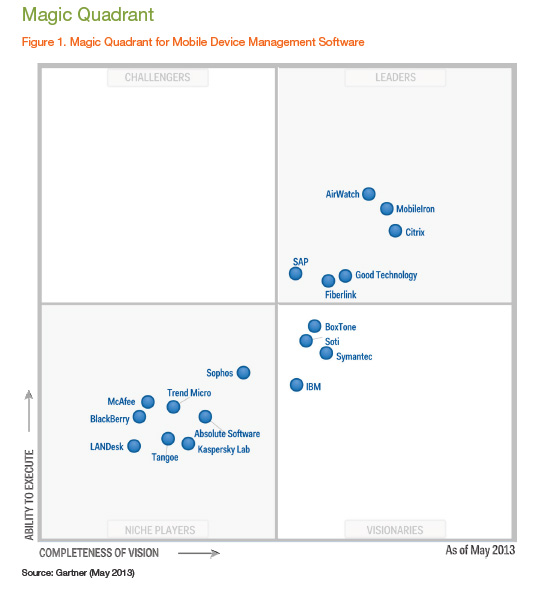